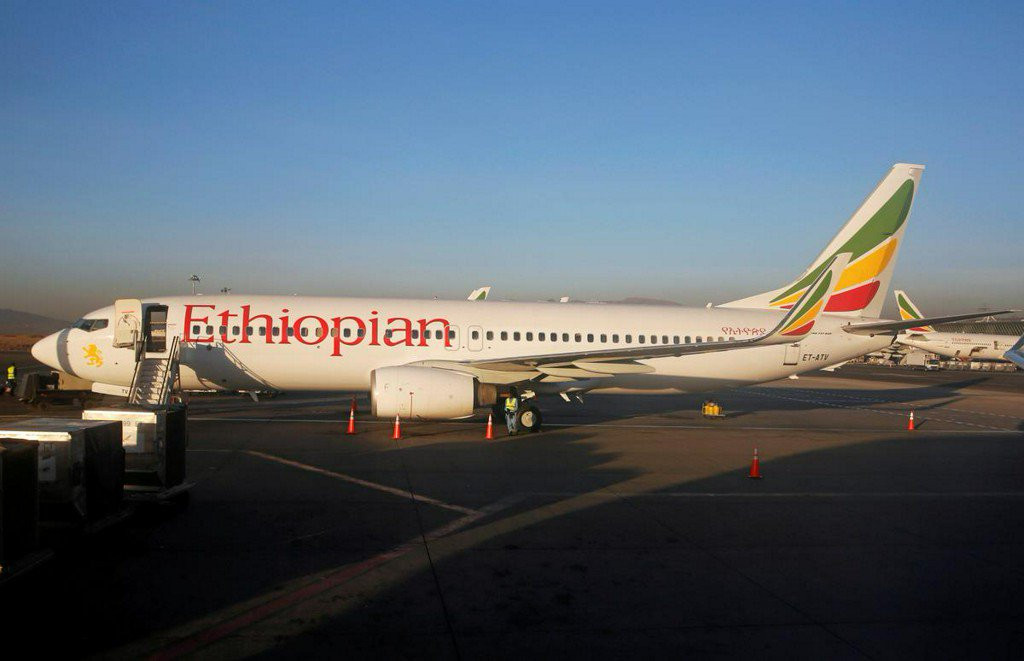 149 passengers and eight crew members of an Ethiopian Airlines Boeing 737 have died after the aircraft crashed en route from Addis Abba to Nairobi this morning. The plane was only bought brand new four months ago.

The cause of the crash is yet to be ascertained. The Prime Minister of Ethiopia, Abiy Ahmed, confirmed the development via his twitter handle. 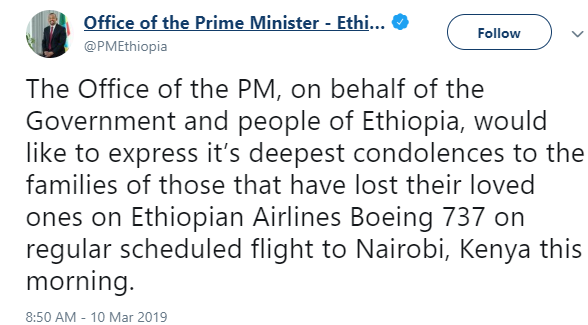 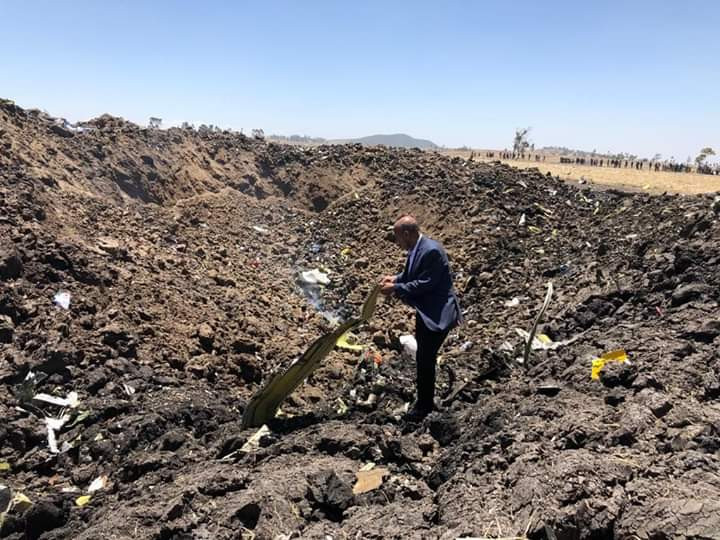 Also the airline has released a statement confirming the incident. It states that the aircraft went down near Bishoftu, southeast of Addis Ababa. The CEO pictured above at the scene of the incident

“The group CEO who is at the accident scene right now regrets to confirm that there are no survivors. He expresses his profound sympathy and condolences to the families and loved ones of passengers and crew who lost their lives in this tragic accident.”the statement in part reads

A spokesman for the airline said the victims were of 32 different nationalities.