You are here: Home / NEWS / 26 illegal Nigerian Immigrants arrested in Cambodia (Photos)
Immigration police on Wednesday, March 15th, arrested 26 Nigerians in Chom Chao, near Phnom Penh’s Por Senchey district for living and working in Cambodia without valid visas and/ or passports.
Major General Ouk Heisela, director of inspection at the Interior Ministry’s General Department of Immigration, said the group was taken for questioning after their arrest.
Officers found only 10 had passports, while 16 had no travel documents at all. The 10 with passports but no work permits will be fined and released. The rest will be deported back to Nigeria”

“Some came here to play or coach soccer and some have no proper job,” the director told Khmer Times.

“Some crossed the border to live in Cambodia illegally.” 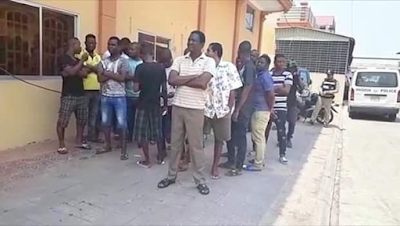 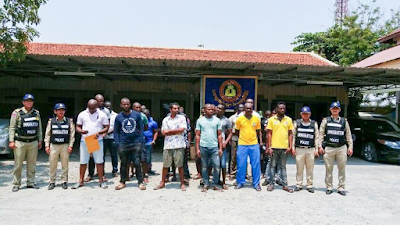 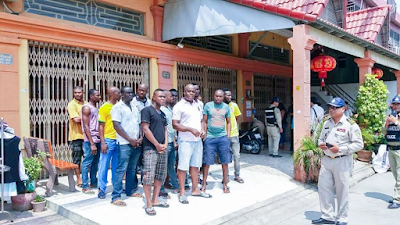