You are here: Home / NEWS / 73-Year-Old Bride Gets Married to a Teenage Boy in Indonesian 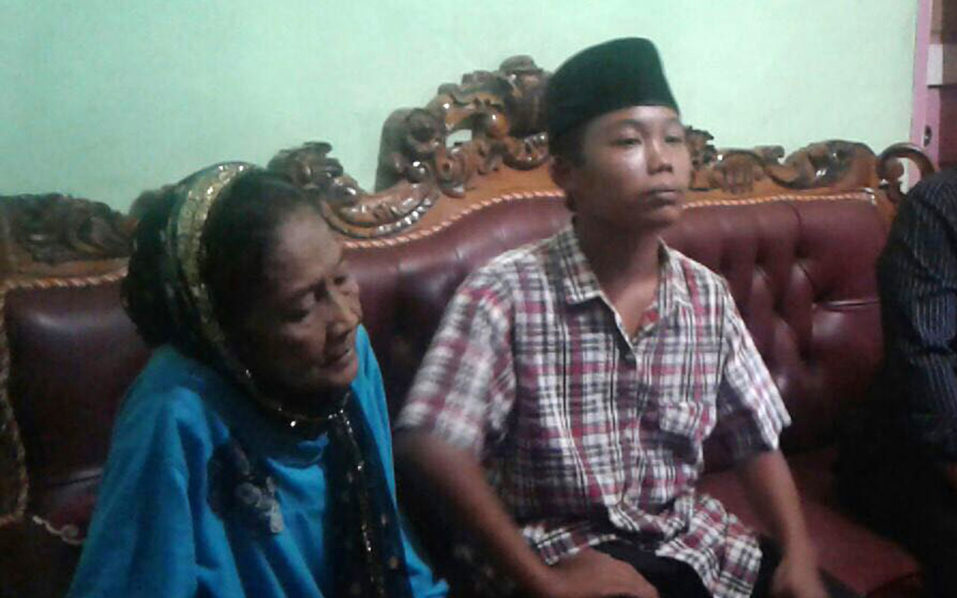 A teenage boy has married his 73-year-old lover in a remote village on Indonesia’s Sumatra, officials said, after the unconventional couple threatened a double suicide if their match was thwarted.

RELATED:   6 Nigerian celebrities you must NEVER invite to your Wedding, or else this will happen.

“Selamet is too young to marry but we married them anyway because he threatened to commit suicide,” village chief Cik Ani, told AFP, adding local officials also wanted them to “avoid the sin of adultery”.

“Since the boy is an underage, we have decided to carry out the marriage privately,” he said.

RELATED:   WHO To Hold Emergency Meeting to Curtail Ebola in DR Congo

Riyadi’s father died several years ago and the boy was not properly cared for by his mother, who has remarried, Ani said.

Rohaya has been married twice before, both times to divorcees and has at least one child from the marriages, but this time “she got a virgin,” Ani added.

The marriage took place Sunday in the remote Karang Endah village in South Sumatra province, but sparked national interest when a video of the couple’s wedding vows went viral on social media outlets.

“He said he was madly in love. We love each other,” Rohaya told reporters after the wedding.

The video shows the unlikely couple reciting their vows in front of their relatives and friends.

Under Indonesian law, the legal age for marriage is 19 for a man and 16 for a woman.