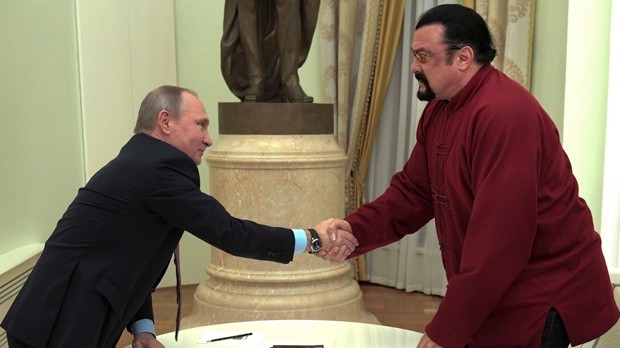 The country’s Ministry of Foreign Affairs said in a statement on its official Facebook page Saturday, saying the action star’s role will be to promote US-Russia relations “in the humanitarian sphere,” adding that the role will include collaboration “in the sphere of culture, public and youth exchanges.”

The foreign ministry also added that the unpaid role will be similar to the United Nations’ goodwill ambassador positions.

Seagal who has been an ardent supporter of Russian President Vladimir Putin became a Russian citizen in 2016 and also attended Putin’s recent swearing-in ceremony in May.

RELATED:   The beautiful love story of Nigerian man who suffers from skin condition, vitiligo with his love in pictures