You are here: Home / NEWS / After a 30-year reign amidst protests, Sudanese President Omar al-Bashir resigns 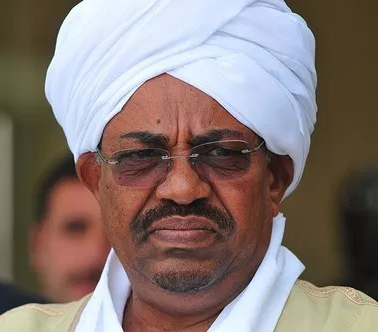 Sudanese President Omar al-Bashir has resigned after months of protests calling for an end to his 30-year reign.

Sudan’s army announced that they were to deliver an “important statement” on Thursday and asked the nation to “wait for it”. Early this morning, it was revealed that Mr Al-Bashir resigned his position with immediate effect. Reports of Mr Al-Bashir’s resignation came shortly after the soldiers reportedly surrounded his palace in the capital Khartoum.

RELATED:   Senate confirms the 9 norminees for the ICPC

The 75-year-old president has reportedly handed over to the country’s supreme military council controlled by the armed forces and consultations are underway to set up a transitional council. Mr Al-Bashir seized power in 1989 as a military general and has served the longest since the country gained independence in 1956. For months now, there have been calls for Mr Al-Bashir to leave power and more than 50 people have been killed since the agitation for took off in December.

RELATED:   Fayose's State is under attack as dead victims throw the state into mourning

Al Jazeera reports that the army has been cooperative and protective of protests. Airports have been shut down and some broadcast stations were said to have been taken over by soldiers. Protesters have been asked to move to the main square for a further sit-in. Protesters are matching to the military headquarters, demanding that the military should only supervise the ouster of Mr Al-Bashir, but not take over power in its aftermath. 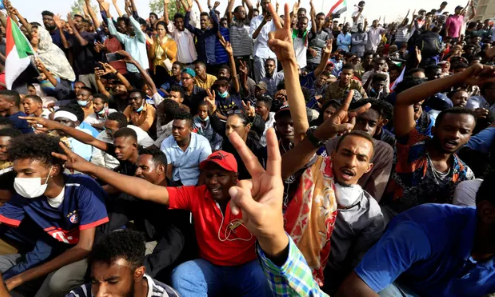 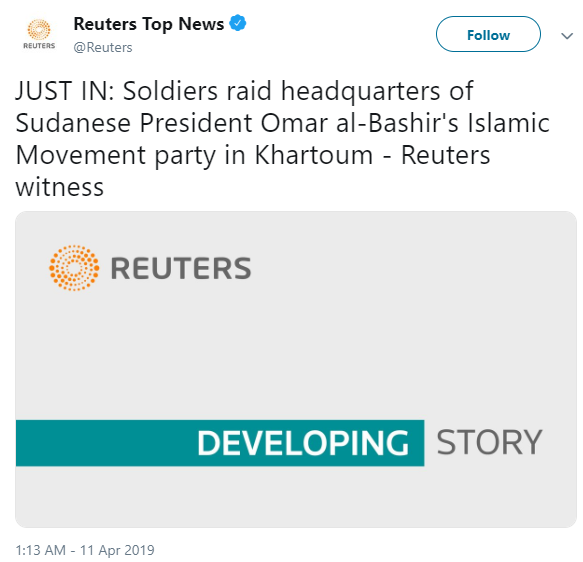