You are here: Home / NEWS / After Four Months of their Engagement, Joe Budden reportedly splits from his fiancee Cyn Santana 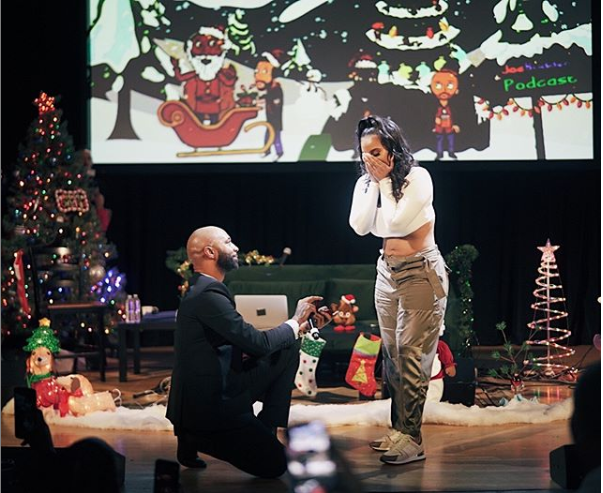 Former American rapper and popular podcast host, Joe Budden, 38, has reportedly split from his fiancee and mother of his son, Cyn Santana, 26, four-months after they got engaged.

HollywoodLife.com reports that the pair who got engaged in December 2018, have also unfollowed each other on social media.

“Cyn is no longer wearing her engagement ring and she has wiped Joe from her page, they have split. It just happened, he’s gone on tour right now and they had a blowout fight. It’s very fresh. The two also stopped following each other on social media.”

“Hopefully they can work it out, they have their son and they have a lot of love. They are both very passionate, so hopefully, this is a case of fighting hard and loving hard and the hope among their friends is that they will work this out. But as of now she is saying it is over. She seems very upset, hurt and angry,” the source continued..

RELATED:   Blockchain And Logistics -- Where To Start