The centre said this was in the tradition of keeping records of the wives of heads of states and presidents. The Director-General of the Centre, Mrs. Mary Ekpere-Eta, spoke in Abuja during the induction ceremony of 22 female icons into the Nigerian Women Hall of Fame.

Ekpere-Eta added that the late Kudirat Abiola, who was brutally murdered at the peak of the struggle for June 12, Dr. Adadevoh, who died while saving the country from the widespread of the deadly Ebola Virus, topped the list of the 22 inductees. 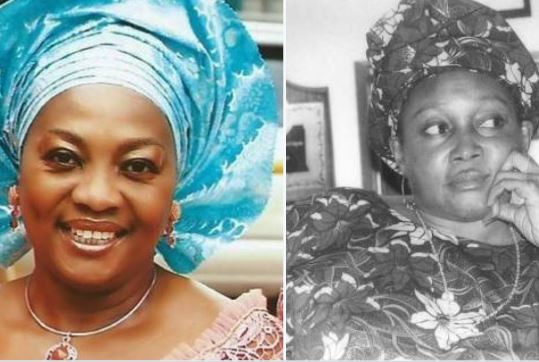 In celebrating the achievements of Nigerian women, the list shows the success of today’s women.

”The hall of fame features a comprehensive display of records of women from the pre-colonial days, who played legendary roles in trade and commerce, politics, inter-tribal wars etc, but since 2007, no woman has made it to the hall. The Hall of Fame provides role models for younger girls and the society at large on the unlimited potential of women in Nigerian society,” Ekpere-Eta said.

She assured Nigerians that the induction would be held every four years to ensure that women were adequately captured in the Hall of Fame. Ekpere-Eta said the selection was done on merit with documented proofs and assured that modalities, which included quest for excellence, integrity and other positive attributes were the ingredients considered for the selection.

The Wife of the President, Mrs. Aisha Buhari, who was represented by her Senior Special Adviser, Mrs. Hajo Sani, advised the inductees to mentor the younger generation to serve as legacy.

”It is the collective responsibility of women to continue to work in their different areas of specialisation toward contributing to nation building. I urge women to continue to operate in transparency, modesty, honesty and integrity which are core values of this administration and to contribute to next generation of women leaders,” she said.

The Special Adviser to the President on Diaspora, Mrs Abike Dabiri-Erewa, said the Hall of Fame would be a tourist centre for foreign nationals and diplomats who visited the country on official assignments.

She said the Hall of Fame would be one of the official places of call because it had added to the Nigerian story with women as major catalyst to national development. Senator Oluremi Tinubu and Vintage Garba Masi, who were the first females to represent two states in the Senate were among the 23 inductees into the Nigerian Women Hall of Fame.