You are here: Home / NEWS / Aisha Buhari Wants to be Called a First Lady too 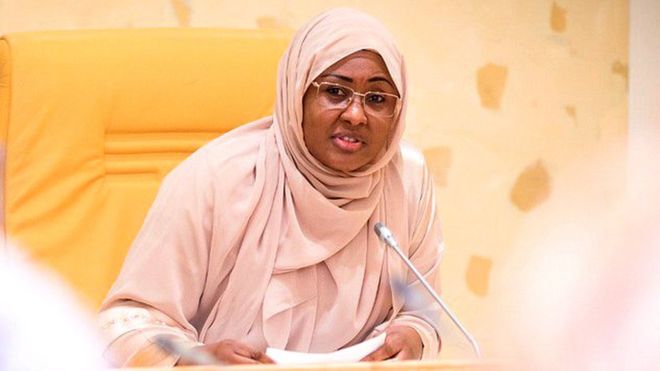 She seemed to change her mind as she now loves the title. While speaking at the presentation of awards to the former and current wives of Governors of the 36 states at the Banquet Hall of the Presidential Villa, Abuja yesterday Thursday June 13th, Mrs Buhari said her decision to accept the title of first lady was in order to resolve the issue of the title of wives of governors.

RELATED:   Atiku Abubakar pulled out last minute due to Buhari's absence at the Presidential debate