Akwa Ibom state government ruled out holding a mass burial for victims of last Saturday’s collapse of the Reigners Bible Church in Uyo, the state capital. Speaking to newsmen at a press conference in the government house, the state commissioner for Health, Dominic Ukpong, said the government will release the corpses of the victims to their families once the police concludes its investigation. Ukpong also disclosed that only 26 people died in the incident. 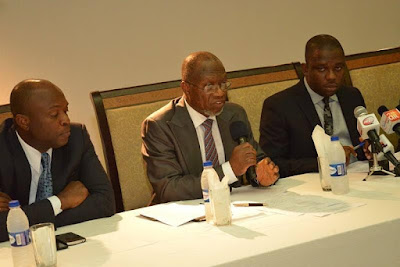 “Government has no intention to do mass burial for the dead victims. The corpses will all be released as soon as the police conclude its investigation. It is our responsibility to ensure that we release these bodies to members of their families. 26 total deaths were recorded (reconciling three); total in-patients are 168 and total out-patients are 50. Ten hospitals have the following patients: University of Uyo Teaching Hospital (UUTH), 28; Ibom Specialist Hospital, Uyo (70) Sifon Clinic (nine); Lifecare clinic (24); Premiers Clinic (nine); St Lukes Hospital (22); Gateway Medical Centre (two); Uwah Mfon Clinic (one); First Line Clinic (one) and Alma Clinic & Surgery (two)”he said