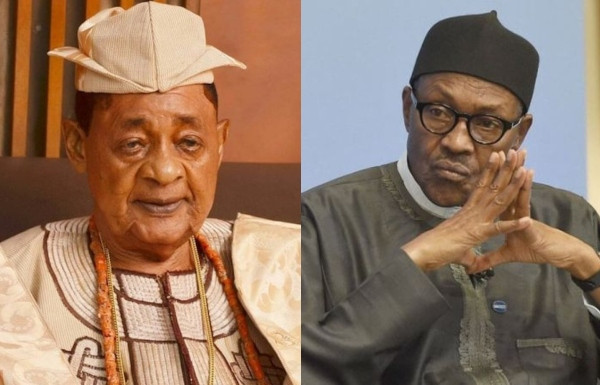 On insecurity in the country, the Alaafin of Oyo, Oba Lamidi Adeyemi, wrote an open letter to President Buhari yesterday, July 21, 2019, over the insecurity explosion in different parts of the country.

The Oyo monarch in his letter title “Yoruba Question in Nigeria Conundrum”, blamed the insecurity almost on all highways in Yorubaland on Fulani herdsmen. Maintaining that his confidence in Buhari getting the situation under control remains unshaken, the Alaafin of Oyo added that the Yorubas have all it takes to defend itself if the situation does not improve.

RELATED:   Dino Melaye relocated from the DSS hospital to the SARS headquarters

“This has to do with the incessant and increasing menace of Fulani herdsmen that have laid siege in almost all the highways of Yoruba land. Whether in Owo, Akure, Ilesa/Ife-Ibadan road or Ibarapa zone and Ijebu area of Ogun State, the story is the same.

“I have held series of consultations with opinion moulders and eminent Yoruba leaders across board about the menace of these cattle herdsmen with such assault like raping of our women and in some occasions, in the presence of their husbands. That is apart from massive destruction of our agricultural lands; which ultimately points to imminent starvation,” the letter read in part.