You are here: Home / NEWS / American Pastor sacked for saying, ‘Caitlyn Jenner is still a man and homosexuality is still a sin’ 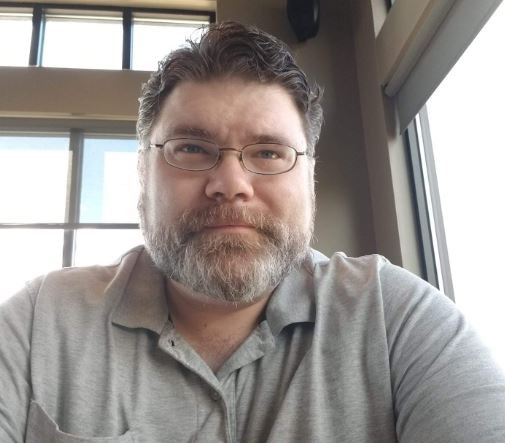 Pastor Justin Hoke, a Presbyterian pastor in Northern California, United States has been sacked after he posted a message on the sign outside his church that stated “homosexuality is still a sin.”

The sign posted by Pastor Justin Hoke also stated that transgender activist Caitlyn Jenner “is still a man” and that “the culture may change but the Bible does not”.

“As of today, I am no longer the pastor of Trinity Bible Presbyterian Church. I was informed that essentially all but one couple in membership would leave the church if I continued as pastor” Pastor Justin Hoke posted on Facebook. 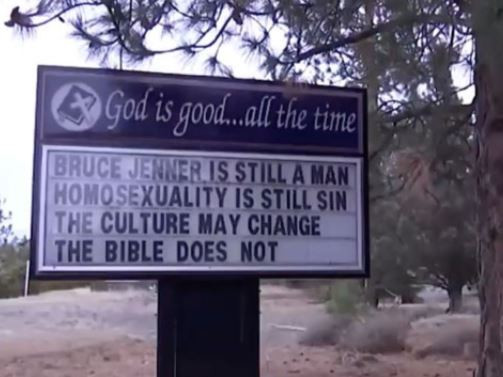 Hoke told local NBC that there is not hate in the sign and that he surprised and found it offensive that members of the congregation found the sign hateful. Hoke was forced out following several days of protest outside the Shastina, Calif church.

RELATED:   Caroline Danjuma Shares Moving Testimony of the Birth of her Daughter

“I did not want to leave, I did not quit, and I was willing to stay. There was a fear we would lose what little congregation that we had if I remained” Hoke wrote on Facebook. Hoke told the local news outlet, saying he parted with the church due to a difference in philosophy.

The sign was up for several days before being changed on Tuesday so that only the portion that read “the culture may change, the Bible does not” was left.