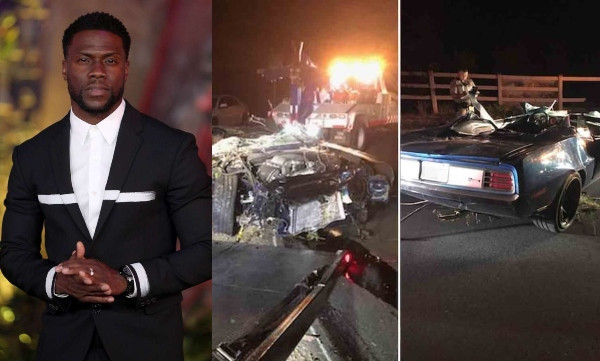 Local police said the comedian and two other people veered into a ditch in the Malibu Hills just before 1 a.m. on Sunday morning. TMZ reported that he and the vehicle’s driver both suffered “major back injuries.”  The third person in the vehicle is a woman who did not require hospital treatment.

RELATED:   "Being married to you is an honour."- IK Osakioduwa Celebrates Wife as she turns a Year Older today 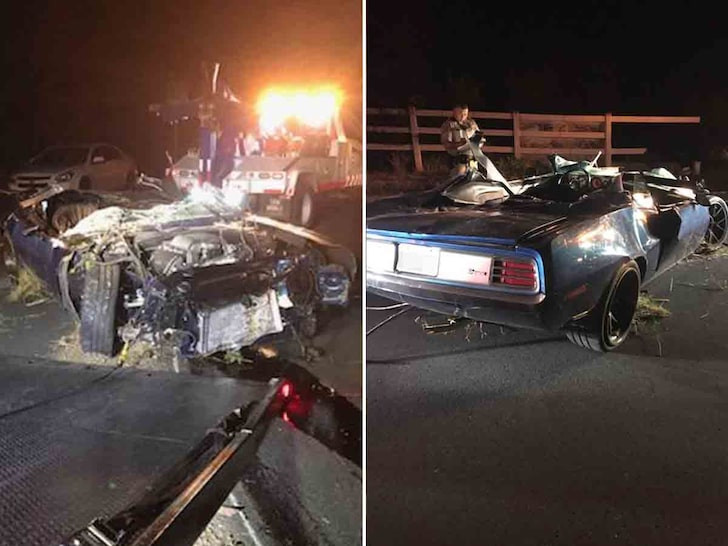 Crash scene video shows Kevin’s Plymouth Barracuda deep in a gully about 10 feet off the road. It was learnt that Hart was able to exit the wreckage himself and was picked up by his personal security team. 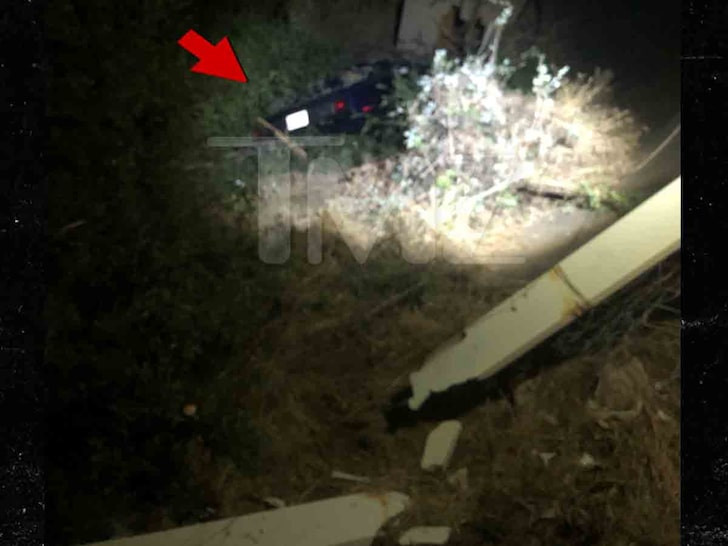 The other two passengers of the car have not been identified and the police allegedly said the driver of the car was not drunk at the time of the incident. Kevin Hart had bought the vintage muscle car as a 40th birthday present to himself back in July.