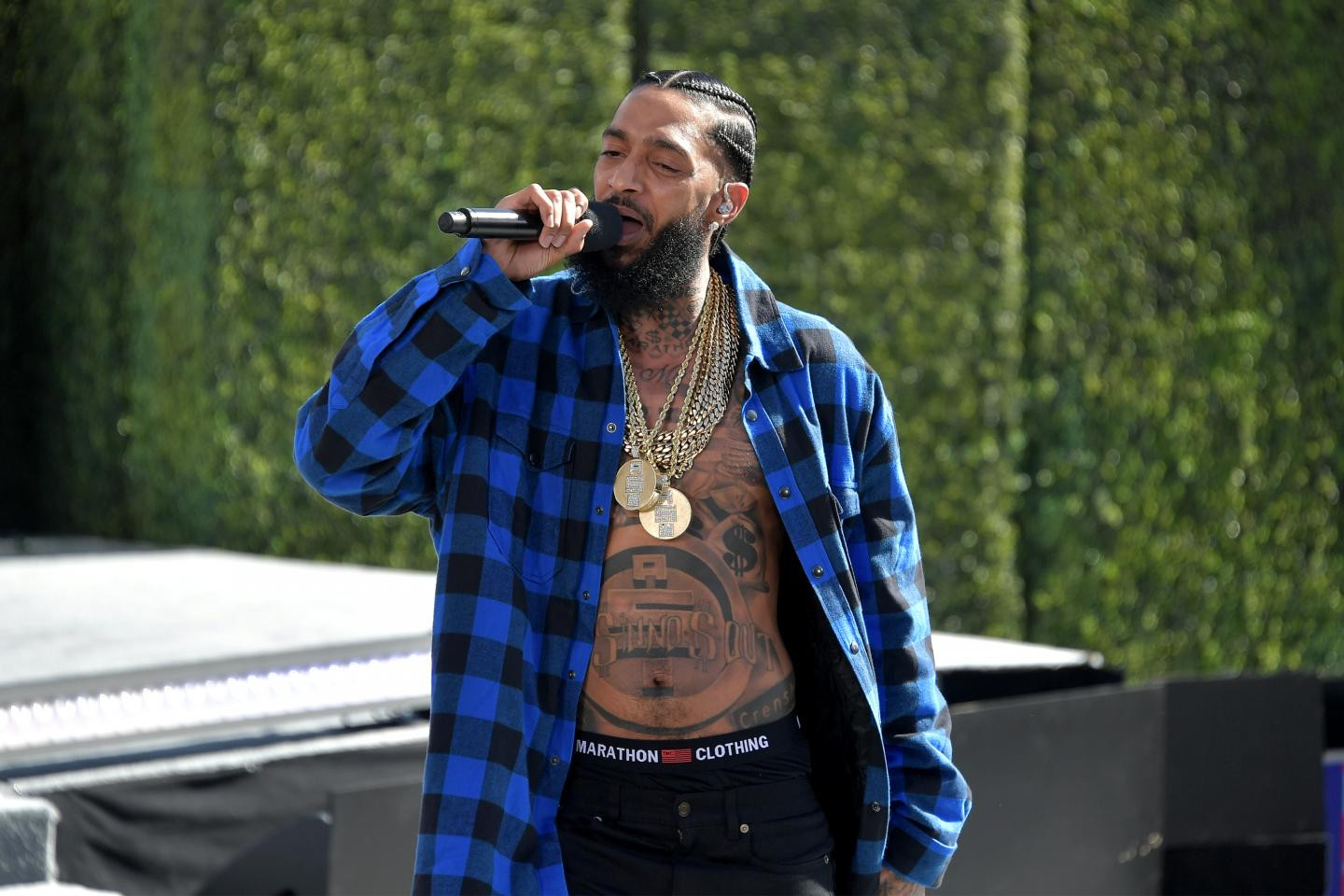 American rapper, Nipsey Hussle, was shot dead on Sunday March 31st outside of his clothing store.

The Los Angeles rapper whose real name was Ermias Davidson Asghedom was reportedly shot multiple times outside of his clothing store, Marathon Clothing Company in the Hyde Park neighborhood of  LA, south of the Crenshaw area on Sunday.

Law enforcement sources revealed to TMZ that three people were shot at the store.  The 33- year-old father of two was pronounced dead on arrival at a hospital while the two other victims are in serious condition.

According to XXL Magazine, the suspect is thought to be a Black male in his 20s, and sources say the man came up to Nipsey and others on foot and fired multiple shots before fleeing in a vehicle driven by a woman.

“At approximately 3:20 pm there was a shooting reported in the area of Slauson Ave and Crenshaw Blvd. 3 victims were transported to a local hospital where one was pronounced deceased. We have no suspect info at this time and will provide more details as they become available”, said the Los Angeles Police Department.