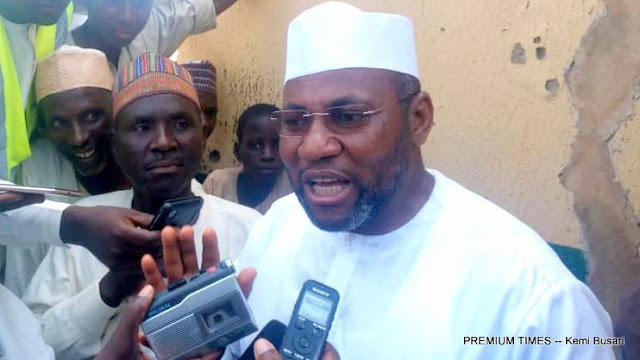 The candidate of the All Progressives Congress in Saturday’s senatorial by-election in Katsina, Ahmad Babba-Kaita, is the winner from what the released results show, Premium Times reports.

The Independent National Electoral Commission is soon to formally declare the winner, but its released results, already pastes at the collation centre, show that Mr Babba-Kaita, currently a member of the House of Representatives, polled 224, 607 votes to beat five other contestants.

His closest rival, who is his elder brother, Kabir Babba-Kaita, was only able to garner 59, 724 votes. The elder Babba-Kaita was the candidate of the Peoples Democratic Party.

The other results show that GPN scores 1056, DA got 796, MPN secured 633 while MMN got 343 votes to emerge third, fourth, fifth and sixth respectively.

RELATED:   Tonto Dikeh is trending after she reveals her failed marriage to Churchill, what is your take?

The seat became vacant in April following the death of Senator Mustapha Bukar.