You are here: Home / NEWS / APC have messed up the economy, brought grief, misery, poverty and suffering – Fayose speaks against closure of Abuja airport

Gov. Peter Ayo Fayose of Ekiti has come out to confirm the risk and danger involved in diverting local and international flights from Abuja to Kaduna as planned by the Federal Government.

In a statement signed by his chief press secretary, Idowu Adelusi, Fayose gave knocks to the FG for what he said was its thoughtless approach to problems.

“They act before they think and they take decisions before consulting critical stakeholders. That way, they always end up putting the cart before the horse. That is how they have messed up the economy and now have brought unprecedented grief, misery, poverty and suffering on Nigerians,” he said.

The Airlines Operators of Nigeria has rejected the government’s plan, insisting there are better ways of repairing the Abuja runway without closing the airport. International airline operators and their domestic counterparts are also opposed to the close-down option.

Fayose described the security situation of Kaduna and its environment as worrisome, saying this alone disqualifies Kaduna. He also complained about the dilapidated state of the Kaduna-Abuja road, which he described as a “death-trap”.

“This same Kaduna is where Shiites waylaid a whole Chief of Army Staff; the crisis created is yet to abate as the Shiites continue to defy the authorities to mount public protests. This is the same Kaduna where over a thousand citizens have been killed like rams and the FG has not brought a single of the murderers to book. The situation in southern Kaduna and in other parts remains as tense as ever.

“It is also on this same road that an Army officer was butchered; where herdsmen parade their herds in broad daylight causing avoidable accidents and other inconveniences to travellers. This is the same road where Boko Haram and other criminally-minded hoodlums operate at will”, he said. 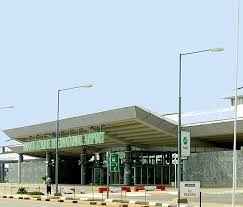 He chided the government for taking a decision before assembling the critical stakeholders, whose advice now runs against the grains of government’s thinking. “Why are they always leaping before they look”, he asked, saying that the decision to close down the Abuja airport will further worsen the country’s economic recession.

“We will lose business to neighbouring countries; a government that is parroting diversification of the economy will lose non-oil revenue. An aviation sector that is in crisis before will have its situation worsened. Expect more jobs to be lost in that sector, further worsening the alarming unemployment problem in the country”, he said.

Aligning with the position of the airlines operators who are resisting the Federal Government’s relocation order, Fayose said all the necessary logistics, such as rehabilitation of the Kaduna-Abuja road, provision of adequate security, and adequate consultation ought to have been undertaken before the FG decided to go ahead with the plan.

RELATED:   Ex-Gov Aliyu Says FG Included Him In The Looters List For Refusing To Join APC

He advised the government to immediately constitute a high-powered team composed of Nigerians with the requisite expertise to handle this very critical national assignment, stressing that our image as a country is at stake because foreign nationals are involved.

Assuring Nigerians and the international community that he would continue to speak out whenever the occasion demands; the governor advised the APC\Buhari administration to be courageous enough to admit its mistakes and retrace its steps because so much is at stake.

“But by their nature, they are usually nonchalant. They believe everything starts and ends with political power, which is very sad. They must change this attitude because it is responsible for the untold suffering that our people are going through today,” he added.