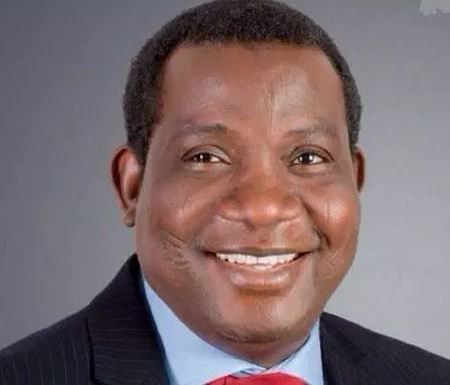 Governor Simon Lalong of Plateau State has been re-elected for a second term. The Returning Officer for the election, Professor Richard Kimbir, announced the results this morning at the collation centre for the governorship election in Jos, the state capital.

According to him, the governor who is the candidate of the All Progressives Congress (APC) was returned elected after polling the highest number of votes in the keenly contested poll.

Governor Lalong got a total of 595,582 votes ahead of his closest rival and candidate of the Peoples Democratic Party (PDP), Mr Jerry Useni, who polled 546,813 votes. He was declared the winner two weeks after the governorship election held on March 9 in Plateau and 28 other states in the country.

RELATED:   'I wish I was from Nigeria' - South African rapper, Cassper Nyovest reveals

Governor Lalong defeated Mr Useni with a difference of 48,769 votes in the rerun poll.