You are here: Home / NEWS / Apostle Suleiman under fire after ex-lover files suit of N500m against him

Apostle Suleiman under fire after ex-lover files suit of N500m against him. A Canadian-based musician, Stephanie Otobo has accused founder and leader of Omega Fire Ministry, Apostle Johnson Suleiman, of impregnating and dumping her.

Otobo, who goes by the stage name, Kimora has enlisted Nigerian top law chamber, Festus Keyamo chambers to help in her lawsuit against the Suleiman, Sahara reporters report.

Festus Keyamo chambers, in a letter to the Inspector-General of Police, said Otobo was arrested on March 3 at a United Bank of Africa (UBA) branch by heavily armed policemen from Federal Criminal Investigations Department (FCID), Alagbon, at the Anthony Village area of Lagos. She has since been in detention, where she has been denied food and visitation by her lawyers. 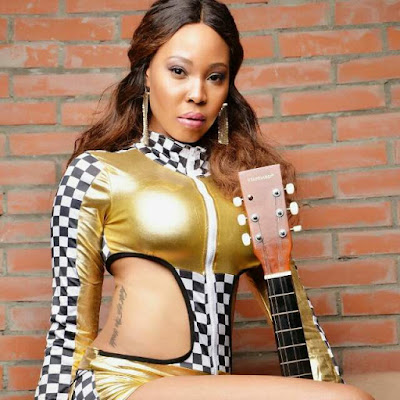 According to Keyamo chambers, Suleiman and Otobo met in September 2016 when she visited Nigeria and the Apostle allegedly told her he has divorced and needed more male children.

RELATED:   Did Zayn Malik and Gigi Hadid just break up?

Apostle Suleiman reportedly proposed marriage to the girl and went on to meet her family members for introductions.

On the occasion of her introduction, Apostle Suleiman took along drinks and gifts and informed Miss Otobo’s family in Delta state of his desire to marry their daughter.

Otobo allegedly moved back to Nigeria after the introductions with the mind that her marriage to the man of God is forthcoming.

When Otobo eventually informed Suleiman that she was pregnant for him, the Apostle was reportedly angered by the news and feared the scandal that would follow it.

Suleiman allegedly demanded that she has an abortion and proceeded to give her a local concoction to drink, which led to her bleeding profusely.

The Apostle reportedly abandoned her after this and canceled the marriage plans. which led Otobo to report him to a Pastor in Warri, Delta state.

The pastor in Warri recorded Otobo’s story and started using it to extort money from Apostle Suleiman.

After Otobo returned to Nigeria, Apostle Suleiman allegedly called her to apologized her invited her back to Nigeria. when she returned, he paid some money into her bank account reportedly in a bid to silence her.

Otobo returned to Nigeria and while trying to withdraw the money paid into her account by Apostle Suleiman, she was arrested by the police on the orders of Suleiman.

Miss Otobo, through her lawyers, warned Apostle Suleiman that she has their naked pictures together, raunchy text messages, bank statements, and other implicating items.

They lawyers disclosed that Miss Otobo used to send naked pictures to Apostle Suleiman every Sunday, just before he went on the pulpit.

RELATED:   Dreams come true: Racquel Bailey lands a role on Tyler Perry's show after paying for a billboard ad to get his attention

Otobo through her lawyers has now demanded Suleiman to pay her N500 million as damages for not honouring the marriage agreement between them.

Otobo through her lawyers has also demanded that Suleiman stop harassing her and threatening her life.

Her lawyers have given the preacher a seven-day ultimatum to meet the demands or get reported to law enforcement agencies for the threat to her life and face trial for breaching the promise to marry her.

Meanwhile, South-south chapters of CAN and PFN recently affirmed their support for Apostle Johnson Suleiman, over his recent alleged inflammatory statement which pitted him against DSS.