There is more wahala for Apostle Johnson Suleman as it has been revealed that he bought a $76,000 brand-new Mercedes-Benz 450 GL for Nollywood actress, Daniella Okeke.

The apostle has been caught in a web of allegation that began with Stephanie Otobo, the Canadian-based singer, who claimed that Suleman had a sexual relationship with her.

Otobo had granted an interview after she was released from Kirikiri prison insisting that she was not out to blackmail Suleman but that he had breached a marriage contract.

Otobo, in the press conference said: “This is a legal right of a breach of promise of marriage. It is not a blackmail.

“We are petitioning the police to go through my bank records to see that he (Apostle Suleman) has sent money directly from his account to my accounts.

When she was asked by the press if she knows any other girls involved with Apostle Suleman, Otobo said: “He told me about his ex-girlfriend, some actress named Daniella Okeke.” 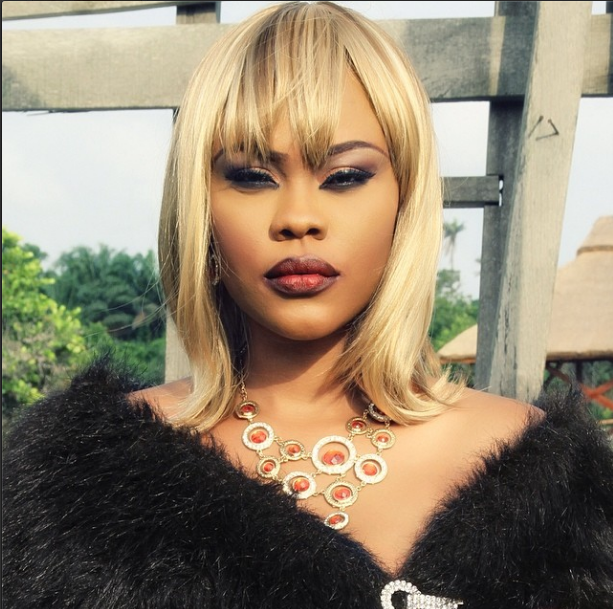 According to Sahara Reporters, the actress had displayed a brand-new Mercedes-Benz 450 GL in front of her house on Instagram prompting people to dig considering she has not featured prominently in movies.

Due to a bug, a search of the vehicle’s plate number on a Lagos state website for vehicle ownership revealed it was registered to Apostle Johnson Suleman.

Apostle Suleman had denied the allegation of sexual escapade with Otobo and had even threatened Festus Keyamo who chamber is representing the singer demanding an apology and the payment to him of N1bn for blackmail and injury.

Meanwhile, Apostle Johnson Suleman has written to controversial lawyer, Festus Keyamo, informing him of his plans to drag him to the disciplinary committee of the NBA.

RELATED:   Simi gives an epic reply to follower who said he'll die if she doesn't marry him

The revered cleric made this known via a letter addressed to Keyamo dated March 7, written by his lawyer, Osa Director.

Part of the letter read: ‘‘We have observed with shock and dismay your deliberate and relentless efforts to malign and convict our client through media trial.

”By your relentless media campaign, you are conducting yourself in a manner inconsistent with S.1 of the Rules of Professional Conduct For Legal Practitioners 2007.”

See evidence of vehicle below: