You are here: Home / NEWS / Babajide Sanwo-Olu wins in all 20 Local Government Areas in Lagos state 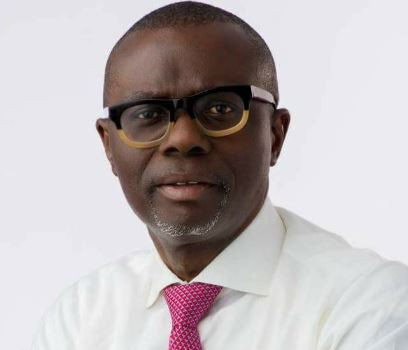 Babajide Olusola Sanwo-Olu has won the Lagos guber polls. He defeated Jimi Agbaje of the Peoples Democratic Party and dozens of other contenders who contested for the highly coveted office.

Sanwo-Olu and his running mate, Obafemi Hamzat won in all 20 Local Government Areas in the state. The All Progressives Congress also cleared the available 40 legislative seats at the Lagos State House of Assembly in a reclaim of what it lost in 2015.

In the official result released by INEC, Babajide Sanwo-Olu polled a total of 739,445 votes to defeat Jimi Agbaje who polled 206,141 votes.

This is the third time Jimi Agbaje will be losing the Lagos guber elections having previously lost to the last two occupants of the office.

RELATED:   Protest is holding with or without 2Face - Enough is Enough group

Jimi Agbaje first contested in 2007 under the umbrella of the Democratic Peoples Alliance, DPA which he lost to Babatunde Fashola of the Action Congress. Agbaje came third behind Musiliu Obanikoro of the PDP. JK as he is fondly called returned in 2015 as the flag bearer of the opposition PDP but lost to incumbent Akinwunmi Ambode in a keenly contested election which saw the PDP win some House of Assembly and Federal Reps seats in the state.

Sanwo-Olu will be replacing Governor Akinwunmi Ambode on May 29 in what many have described as a modern day democratic coup which saw Ambode run for only one term before he was shown the way out.