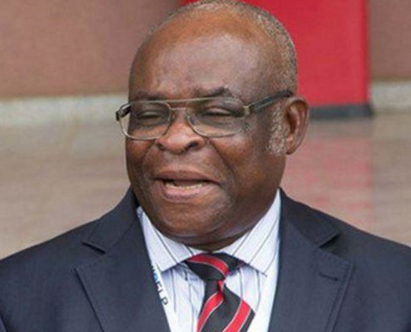 Ifeoma Okeagbue, an official of Standard Chartered Bank, on Thursday gave details of the balances on the five different accounts of the suspended Chief Justice of Nigeria, Walter Onnoghen, to the Code of Conduct Tribunal. Punch reports that Okeagbue, who is Team Leader, Priority Banking, as well as Onnoghen’s Relationship Manager at the branch of the bank in Wuse II, Abuja, said all the bank accounts were still active.

RELATED:   Seun Fakorede releases a statement about becoming a Commissioner in Oyo State, speaks on protest against him

Linda Ikeji reports: Testifying as the third prosecution witness in the ongoing trial of the suspended CJN on charges of false and non-declaration of assets, Okeagbue said the accounts, opened separately between 2009 and 2010, were in euro, pound, dollar and naira denominations.

Led in evidence by the prosecuting counsel, Aliyu Umar (SAN), Okeagbue said the euro and the pounds accounts were savings, the dollar account was current, while the two other accounts were in naira denominations, with one being savings account and the other current.

Reading from the statements of the accounts earlier admitted as exhibits, Okeagbue said,