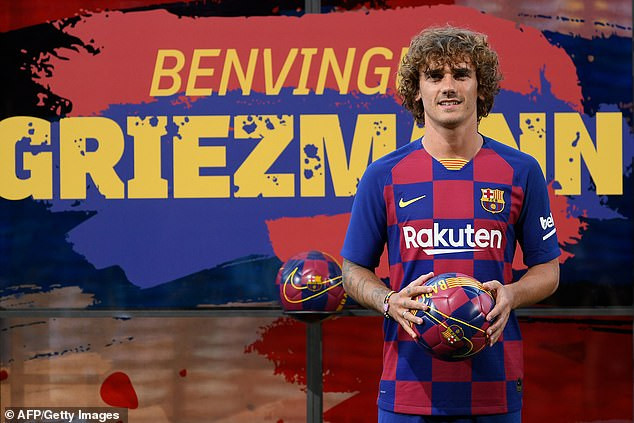 Antoine Griezmann has been officially unveiled as a Barcelona player after completing his  £108million move from Atletico Madrid last week Friday. The 28-year-old France star signed a five-year deal with Barcelona that includes a staggering buy-out clause of £717million.

He was in good spirits as he posed in the Barcelona kit for the first time yesterday will wear the No 17 shirt for his new club.

Addressing the media at the Nou Camp, Griezmann said: ‘I’m very excited to be here. I’m accepting a big challenge. I’m ready for what’s coming up.’ 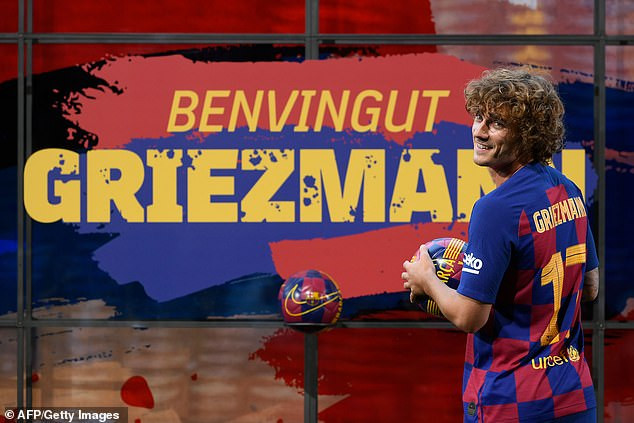 ‘It’s a new challenge. I always try to better myself and break out of my comfort zone. I want to win La Liga, the Copa del Rey and the Champions League – which is missing from my CV.’

Griezmann spoke highly of Messi: ‘Messi is someone for every footballer to look up to. It’s a source of incredible happiness to be able to play alongside him.’ 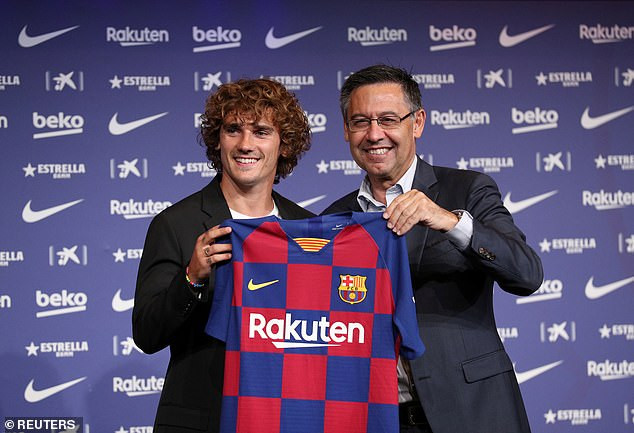 Griezmann has scored 133 goals in 257 games for Atletico. He won the Europa League with Atletico in the 2017-18 campaign. 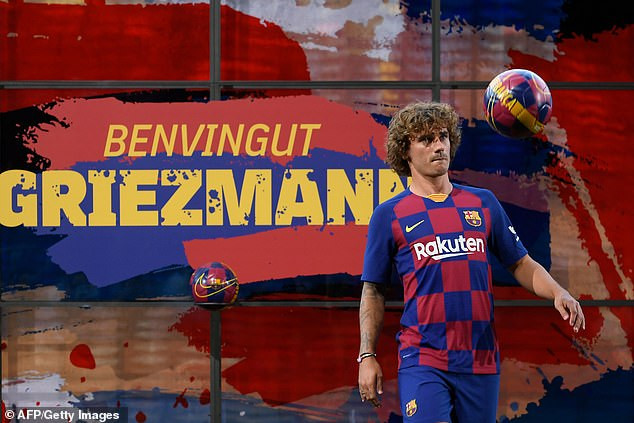 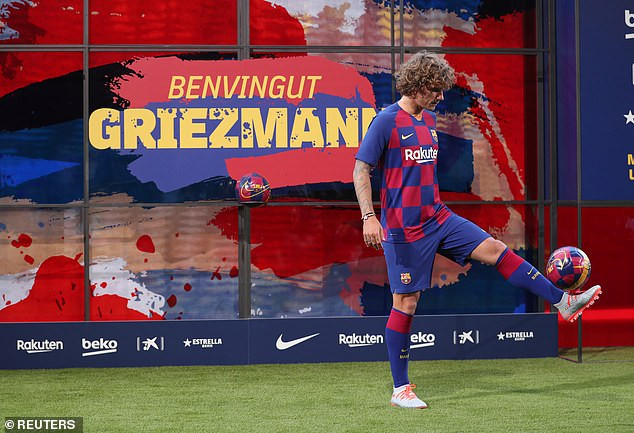 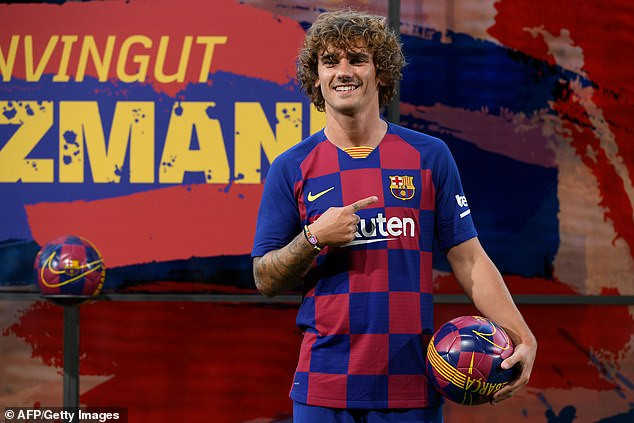