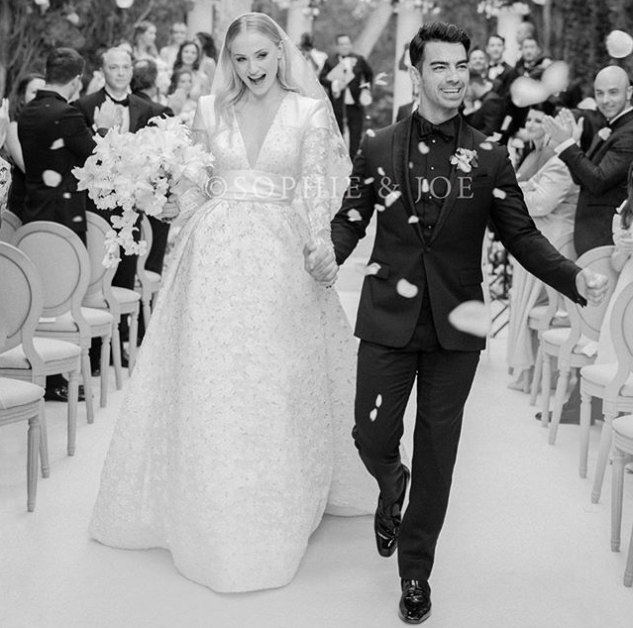 Joe Jonas, 29, and Sophie Turner, 23, had their second wedding on Saturday and photos from the lavish ceremony have now been released by the couple.

The wedding was a sunset ceremony which took place at the Château du Martinet in the South of France.

Sophie and Joe shared photos from their wedding, shot by renowned photographer Corbin Gurkin, on their Instagram accounts, with the simple caption “Mr and Mrs Jonas.” 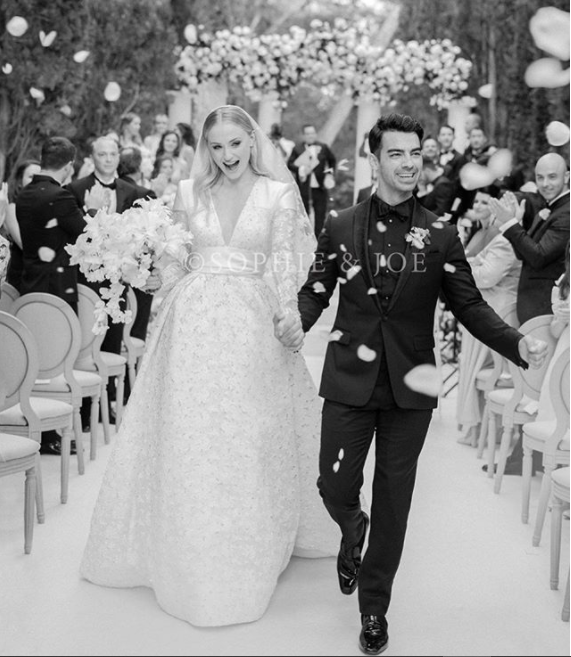 Sophie, known as the Queen of the North, in Game of Thrones, looked gorgeous in a custom-made Louis Vuitton gown. Joe, one of the popular Jonas Brothers, looked dapper in a sharp black Berluti suit.

On Friday, one day before their big day, the couple made a statement by wearing matching red outfits to their rehearsal dinner, while their guests all wore white. They were pictured arriving at the Hotel La Mirande in Avignon, France, for their second wedding.

RELATED:   [Video] Rare Moment of Davido in Church with Family. The Sight is Glorious! 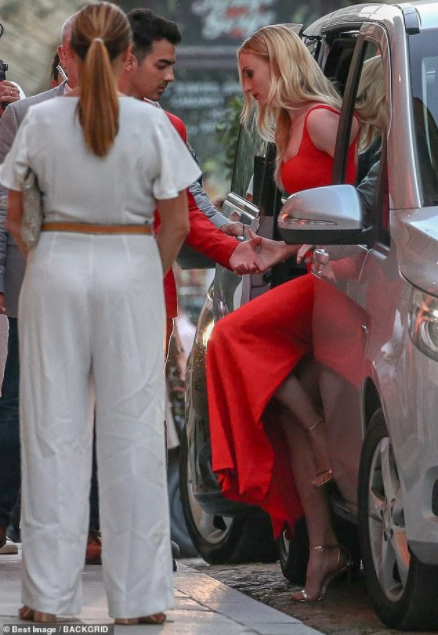 Their first wedding was in Las Vegas, just hours after the Billboard Music Awards back in May. 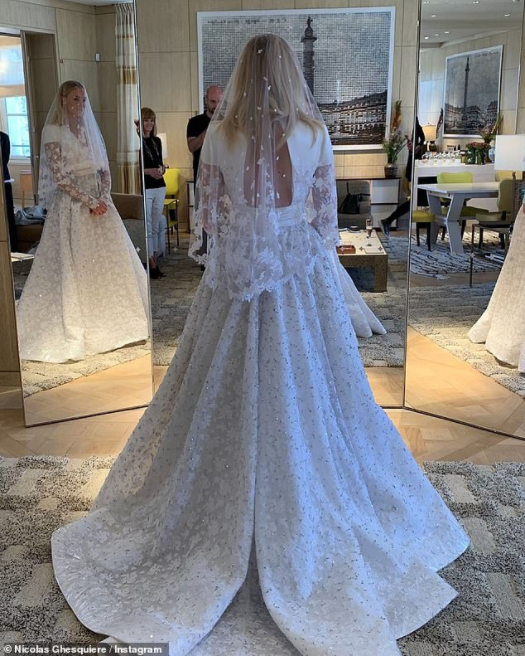