You are here: Home / NEWS / Betty Irabor tweets about a job seeker’s reaction after she tried to get him a job and it got people talking 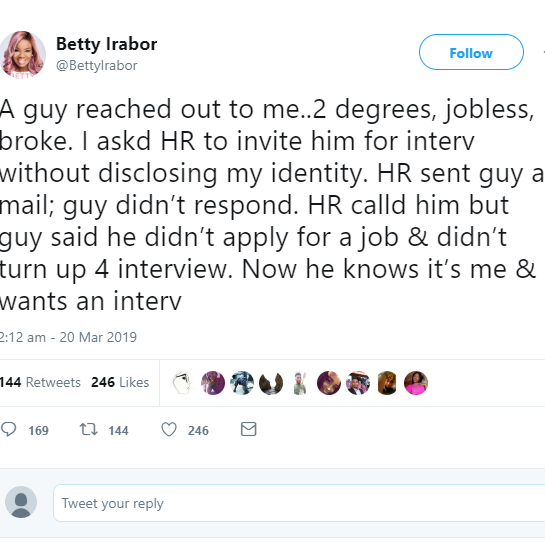 Betty Irabor, the founder of Genevieve Magazine, tweeted about a job seeker’s reaction after she tried to get him a job and it led to a debate among social media users.

As she wrote, the young man has two degrees but was jobless and he reached out to her for help. Ms. Irabor then asked someone from HR to call the young man for an interview and when that happened, the man said he didn’t apply for a job with them and refused to show up.

RELATED:   At last... See Bobrisky's 'Bae' and all the money he gave him (See photos)

Social media users have given their opinions on the debate. With reference to the frequent job scams online, some felt the young man was justified in being cautious, especially as the person didn’t mention that it was Ms. Irabor who provided his contact. Others said the man wasn’t thorough enough and should have asked more questions and done his research.

Read the tweets below and tell which side you’re on. 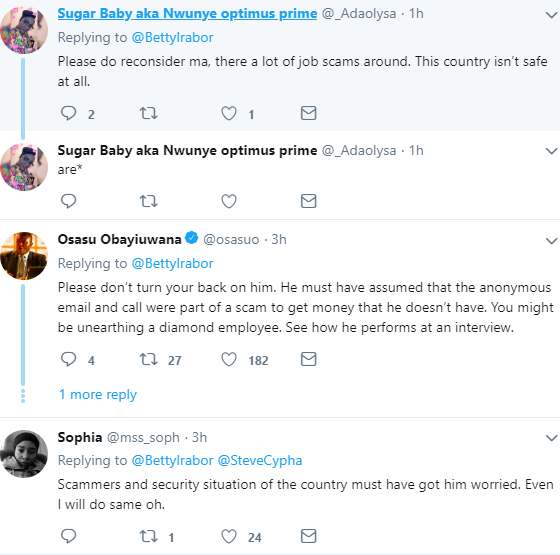 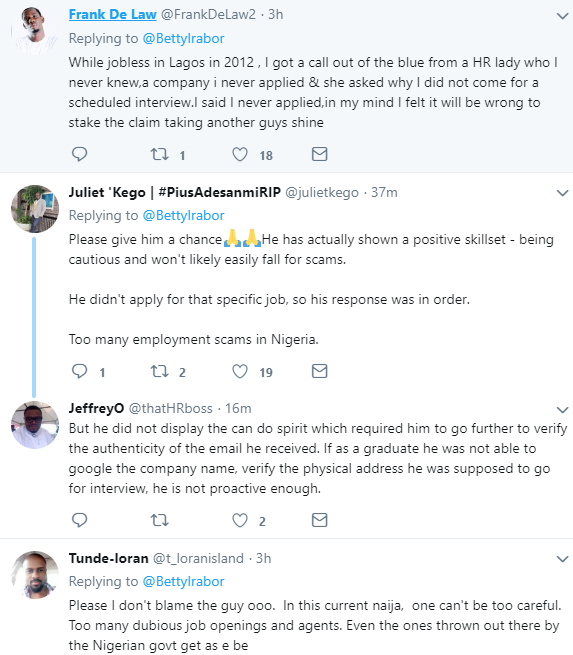