You are here: Home / ENTERTAINMENT / BBNAIJA / Big Brother is in love with TBOSS – Popular musician calls out Big Brother Naija for cheating

Nigerian artiste, Tunde Ednut, made it clear during the Kemen/TBoss saga that he’s not a fan of TBoss on Big Brother Naija. Now, he’s claiming that Big Brother has a crush on TBoss which is why she’s made it this far and will most likely win. To further prove his point, he pointed out that Bally had the highest votes last week and this week got the lowest votes, thereby insinuating that the votes were tampered with. 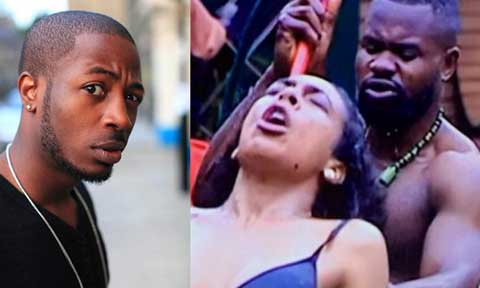 “So TBOSS got to the final. Anyways I know she will win as the whole thing don be like this. Big Brother has a crush on TBOSS. Bally had the highest vote last week, now he had the lowest. Abeg make una comot with all these rubbish. Big Brother is in love with TBOSS. I said so, sorry I wrote so. if TBOSS wins over Bisola or Efe, then THEM DON DO OJORO.” he wrote.