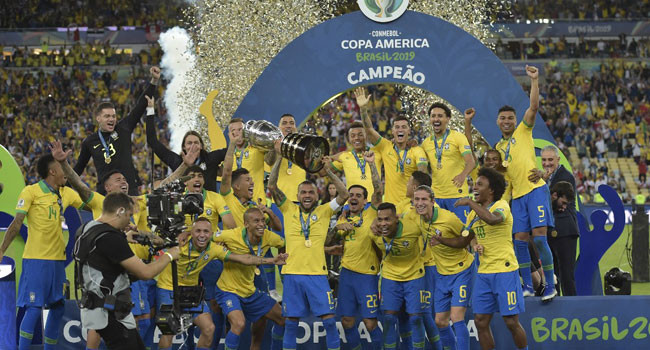 Meet the new champions of South America: Brazil. They defeated Peru 3-1 to win its first Copa America title since 2007 on Sunday.

Starting out, Everton scoring a goal for Brazil, was equalised a minute before half-time when Paolo Guerrero scored from the penalty spot after Thiago Silva handled the ball. The goal was the first Brazil had conceded in six games in the Copa América, but they retook the lead moments later after a well-worked move from midfield. Gabriel Jesus scored a decisive goal after the penalty, and Richarlison’s late spot-kick sealed Brazil’s spot as winners of the South American title for the ninth time.

Brazil won the title last in 2007, Uruguay still stands as the Copa América’s most successful nation with 15 titles, one more than Argentina.