You are here: Home / NEWS / Break Up and Move On: Selena Gomez Finally Deletes last Justin Bieber Post from her Instagram One Year After their breakup

Selena Gomez has finally moved on from her previous relationship with Justin Bieber as she clears out memories of him on her social media platform one year after their breakup.

RELATED:   Read the allegations leveled against Acting President Osinbajo by a Northerner

It was the image of a birthday post for Justin. Selena was laying down in the image, relaxed and laughing while she balanced a Polaroid photo of Justin on her nose.

The caption read: “March 1, 1994 someone I knew that happens to be super cool was born. Boom.

RELATED:   Film Maker Tope Alake Calls out AMVCA Attendees who had not honed their Skills but dressed flamboyantly for the event 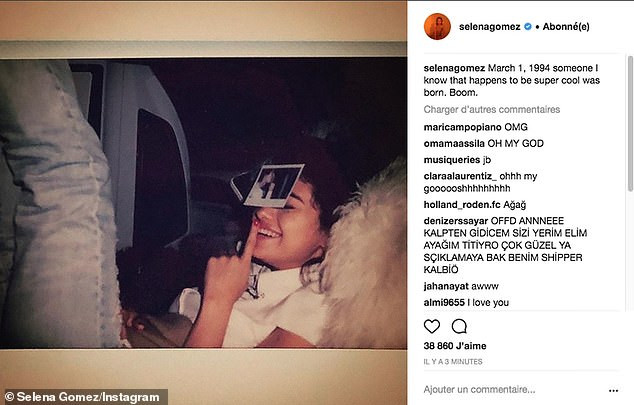 A look back at their love affair: Gomez and Bieber dated on and off from 2009 to 2017. Last year they were spotted together again riding bikes and attending church after the “Back to You” singer broke up with The Weeknd. Also, Gomez also attended Bieber’s dad’s wedding in Jamaica in February 2018.

RELATED:   Nelly tells his Father, 'IM DONE WITH YA NO MORE MONEY FROM ME'

But it all ended as Justin Bieber got reunited with model Hailey Baldwin and they got married.