The pressure from social media is paying off. COZA pastor, Biodun Fatoyinbo has announced that he is stepping down as the leader of his church after he was accused of raping a minor. He reveals that he is taking “leave of absense from the pulpit of the church”.

He made this announcement via his official Instagram account. He said he arrived at this conclusion after praying and seeking “spiritual counsel from the church leaders around the world.” 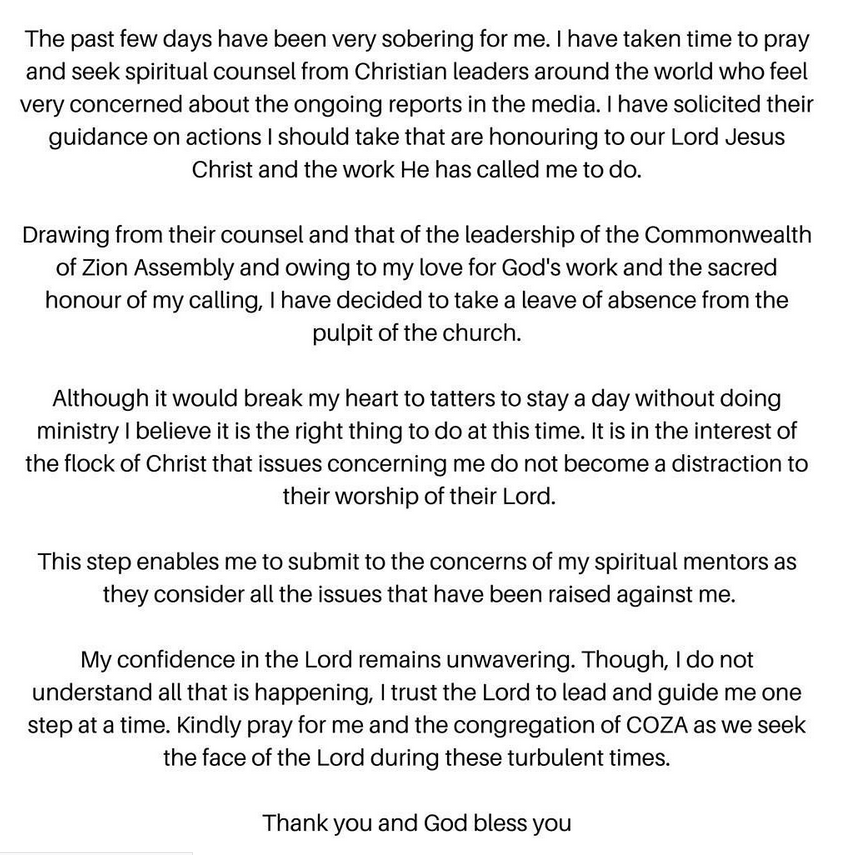 This announcement comes days after the hashtag #PastorStepDown began trending on Twitter and Instagram after Busola Dakolo accused him of raping her twice when she was a minor, and fresh out of secondary school.

RELATED:   See Photo of Celebrities Who Attended the Premier of 'Movie Cold Feet'

CEO of Sapphire Scents, Wale Jana, came to Pastor Fatoyinbo’s defence by saying a word of prayer to his pastor.

He commented: “The lord is your strength Baba. We love you.”