You already know that twitter Nigeria has no chill. And the on-going certificate scandal around Senator Dino Melaye’s graduation for ABU Zaria has become a butt of jokes on the internet. There’s a lot of distorted facts and unanswered questions. Twitter users are asking how it is possible for a man to graduate in 2000 but did NYSC in 1999.

RELATED:   Jonathan showed he was too small for the office - Obasanjo makes shocking revelations

Senator Melaye has now released his NYSC certificate which showed he served in 2001 and not 1999 as claimed.

Meanwhile, check out the Meme about Senator Dino Melaye on twitter, LOL. 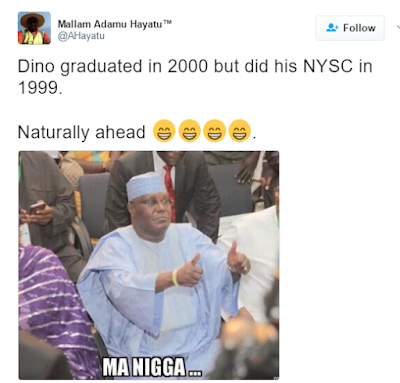 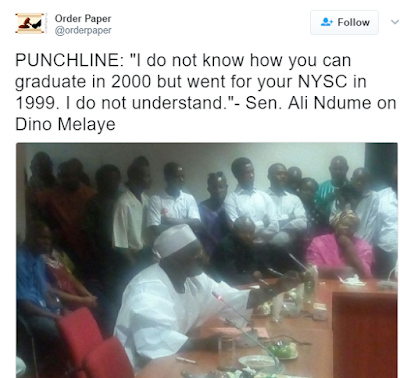