You are here: Home / NEWS / Brigitte Macron, France’s first lady, is pictured for the first time since ‘having three-hour cosmetic surgery in Paris’ (Photos)

Brigitte Macron, 66, has been spotted for the first time since after reportedly having three-hour cosmetic ‘facial rejuvenation’ surgery at a private hospital last month.

She looked different as she stepped out with her husband, French President Emmanuel Macron, 41, this week for a meeting with Russia’s President Vladimir Putin at the Fort de Bregancon, a presidential residence in Bormes-Les-Mimosas, southern France. 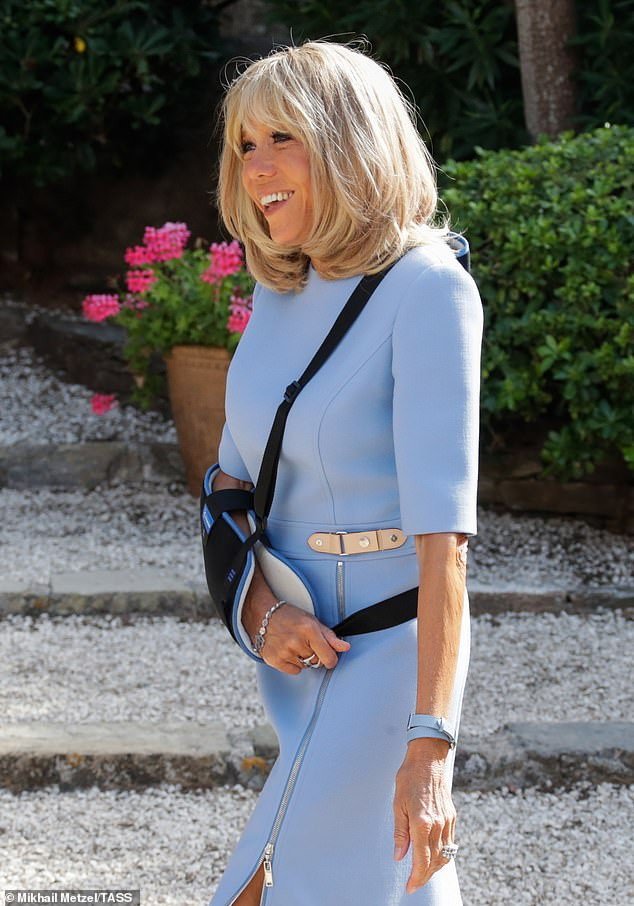 Her outing comes after a three-week break, during which she reportedly recovered from the procedure.

Local media reports that Brigitte was allegedly placed under general anaesthetic on July 16 before she underwent a three-hour cosmetic surgery operation at the private hospital in Paris before heading off on summer holiday.

RELATED:   "INEC would NOT count our prayer points, get your PVC"- Frustrated Alex Ekubo Rants about the Current State of Nigeria 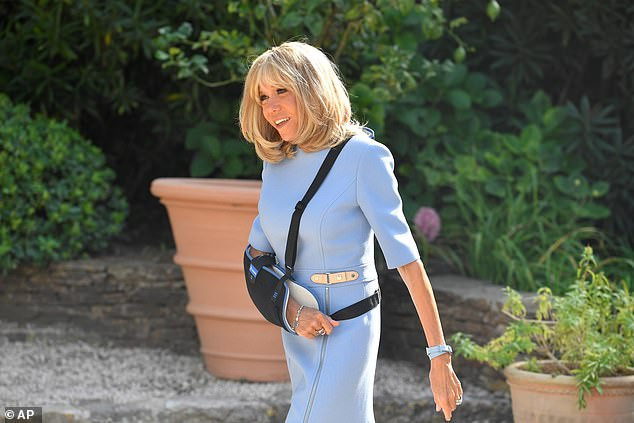 It allegedly took place at the world-famous American Hospital in the French capital, which is hugely popular with celebrities and which has a plastic surgery unit offering ‘cutting-edge techniques’ including ones devoted to ‘facial rejuvenation procedures’. 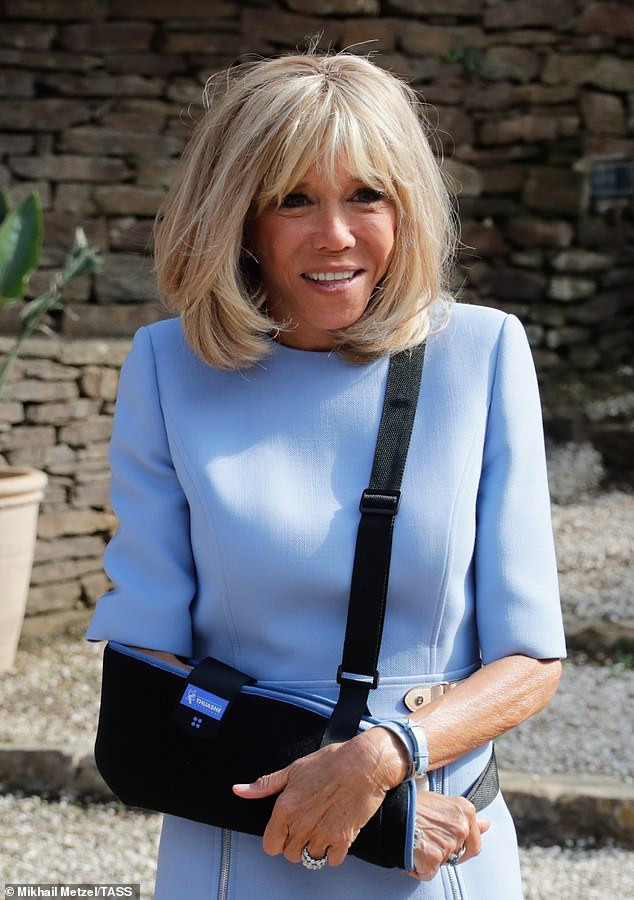 Brigitte also appeared to be recovering from an injury as her arm was seen in a sling. 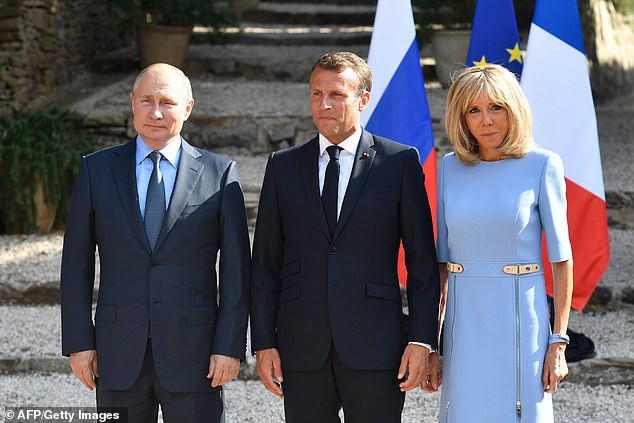