You are here: Home / NEWS / ‘Bring back our money or we sue you!’ – ACPN to Ezekwesili

The Allied Congress Party of Nigeria threatened to sue its former presidential candidate, Dr Obiageli Ekwesili, if she doesn’t return the campaign donations given to her.

The Oby Ezekwesili campaign also revealed that the former presidential candidate received a total sum of N48.9million in donations.

As reported by Pulseng, this is how the money came.

N15.6million was donated by several other Nigerians, $6,145 was realized via Gofundme, N11,265 came from Paystack and N443,050 came from Flutter Wave, the campaign detailed.

RELATED:   Mama Taraba Permits her "boys" to remove Furniture she Donated to the State's APC Secretariat 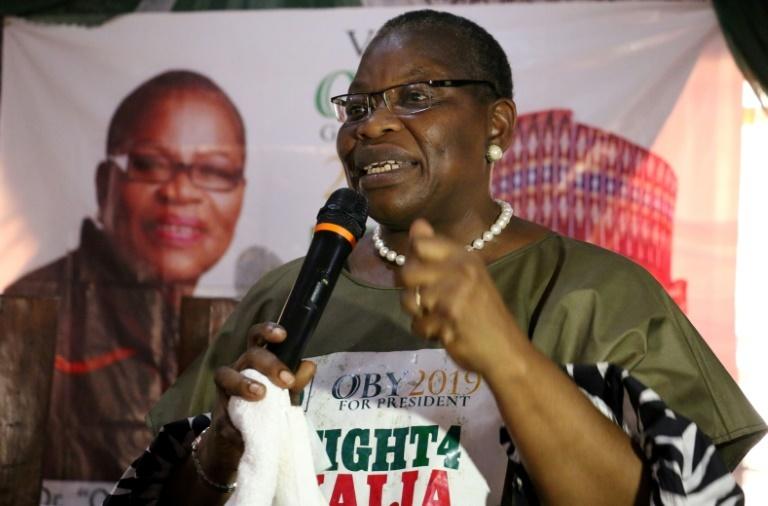 According to him, the funds went on covering travel expenses, printing campaign materials, media and publicity, personnel costs, meetings and logistics.

ACPN not satisfied with breakdown

However, the National Chairman of the ACPN, Alhaji Ganiyu Galadima, says the party is not satisfied with Ezekwesili’s explanation of how the presidential campaign donation was spent.

The party has also threatened to sue Ezekwesili for all it’s worth.

“So, we wanted to know all the contents of the accounts and see the accounts because at the end of the day, it is not the presidential candidate that the Independent National Electoral Commission will hold responsible, but the party, and whatever any candidate generated for his or her campaign belongs to the party.

“We are expecting that she will respond at the appropriate time but if she doesn’t, we may be compelled to go to court”, Galadima said.

The ACPN reiterated its stance that Ezekwesili was never serious about running for president ab initio.

“For somebody who wants to contest for the presidency, all you could generate for period of three months was just N43m and she spent everything. She did not disclose the sources of the fund and how much she generated.

“Look at Omoyele Sowore, he publicly disclosed on a national TV recently that his campaign and the party had been able to generate N99m. In addition, he also told the world how the money could be traced.

“So why is there no transparency in Madam Ezekwesili’s project? That is the bone of contention.

“We are expecting that she will respond at the appropriate time but if she doesn’t, we may be compelled to go to court to seek for order of Mandamus”, Galadima said.

RELATED:   How to Make Puff Puff