You are here: Home / NEWS / British dad left in utter shock as his wife, daughter and son were among those killed by suicide bomber in Sri Lanka 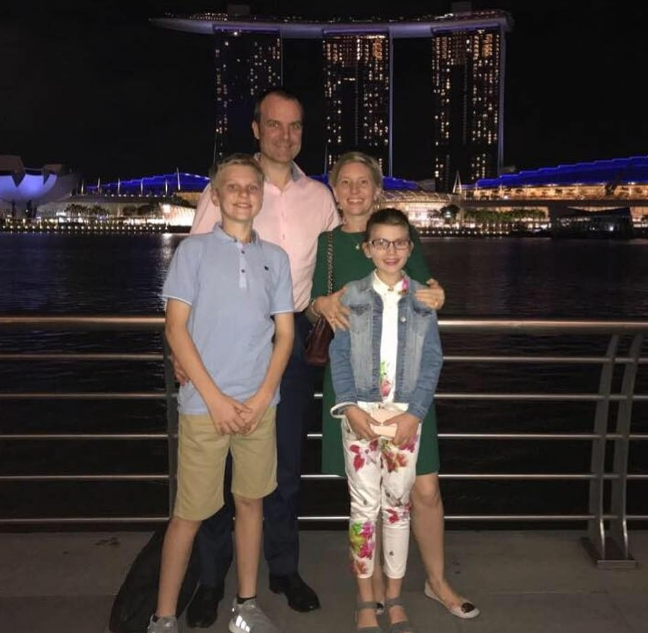 Sad news! A British lawyer who was seen wandering the streets of Colombo in a blood-soaked T-shirt as he desperately searched for his wife, daughter, and son, has confirmed that they are among those killed by suicide bombers in Sri Lanka.

Ben Nicholson has revealed how his wife and two children were blown up at a breakfast table in Sri Lanka and said they had mercifully died instantly. 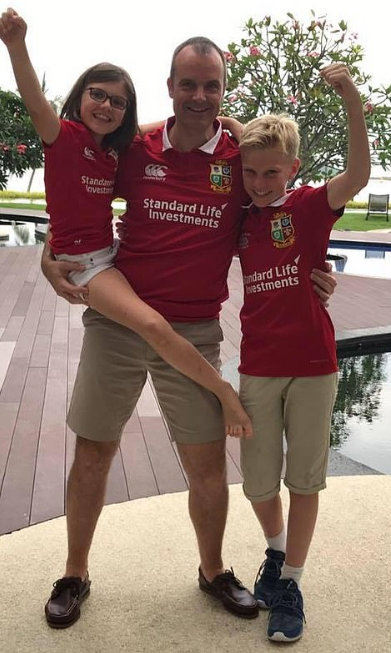 Shortly after the Easter Sunday massacre which killed nearly 300 people, Mr Nicholson wandered the streets desperate for news about his family’s whereabouts. He later discovered that his wife Anita, 42, son Alex, 14, and daughter Annabel 11, were killed in the restaurant bombing at the Shangri-La Hotel in Colombo when two suicide bombers walked in and blew themselves up at breakfast.

Mr Nicholson said they had “mercifully died instantly and with no pain or suffering”, in the Table One cafe on the second floor of the hotel, where they were staying on a family holiday.

The Nicholsons worked as lawyers based in Singapore. Mrs Anita Nicholson, a former legal adviser to HM Treasury, moved to Singapore to work for oil firm BP in April 2012. According to her LinkedIn profile her current employer was Anglo American, a mining company. Mr Nicholson was a partner in the Singapore office of Kennedys Legal Solutions and advised clients on insurance law.

RELATED:   Diane Kruger is sensational in silver at Tokyo launch of In The Fade

The high-flying British lawyer paid tribute to his “amazing, intelligent and talented” family and said they “brought joy to the lives of everyone”. 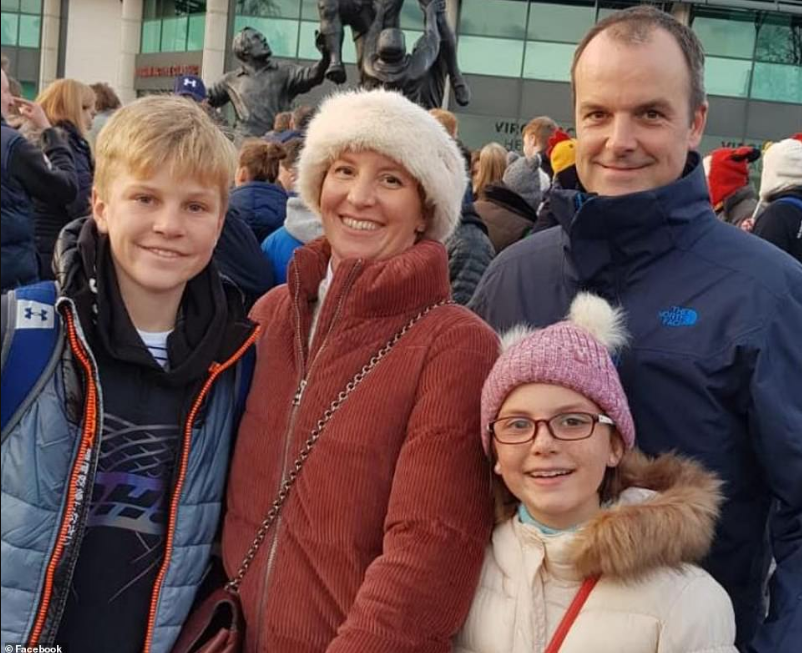 He said in a statement:

I am deeply distressed at the loss of my wife and children.  Anita was a wonderful, perfect wife and a brilliant, loving and inspirational mother to our two wonderful children.

The holiday we had just enjoyed was a testament to Anita’s enjoyment of travel and providing a rich and colourful life for our family, and especially our children.

Alex and Annabel were the most amazing, intelligent, talented and thoughtful children and Anita and I were immensely proud of them both and looking forward to seeing them develop into adulthood.

They shared with their mother the priceless ability to light up any room they entered and bring joy to the lives of all they came into contact with.

I would like to give my sincere thanks for the medical teams at General Hospital, Colombo, for treating Anita, Alex and Annabel with great dignity and me with kindness and sympathy.

I would also like to thank the teams at the British High Commission and Adhvan Tours who have looked after me since Sunday morning and the Sri Lankan people I have encountered in Colombo following this catastrophe.

Anita, Alex and Annabel leave behind a large extended family and many close and cherished friends who are now grieving this tragic loss.

We shall all miss them dearly. We are all grateful for the many expressions of support and good wishes. We would ask that the media now respect our privacy and allow us to grieve together.

Before Mr Nicholson learnt his family had died, a medic at the hospital had described how she saw Mr Nicholson searching desperately for his relatives. 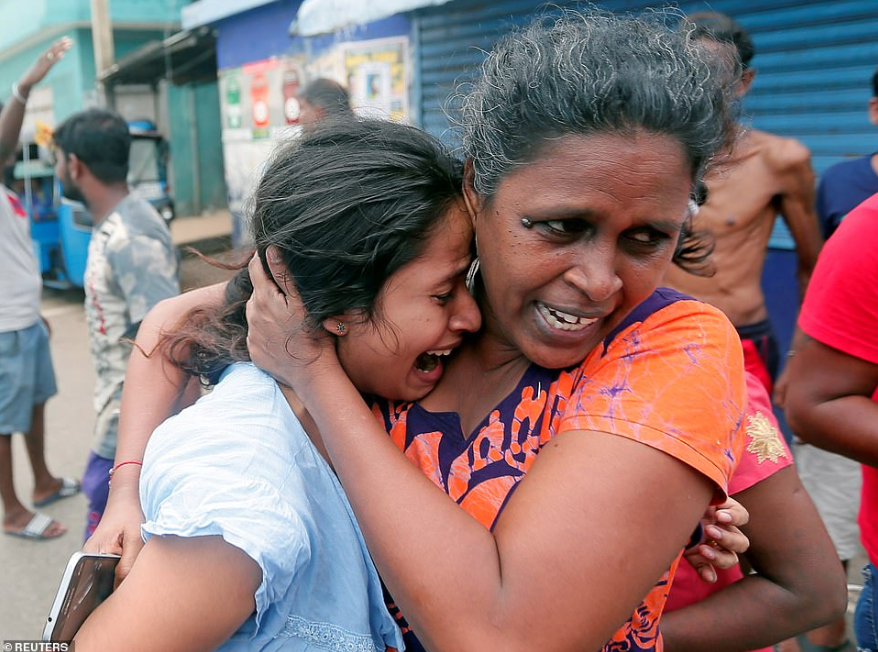 Speaking to MailOnline, Pushpa Zoysa, in charge of the emergency triage at the National Hospital in Colombo, narrated the aggrieved dad’s ordeal:

I saw him covered in blood like this, walking up and down just there.

He spoke to me twice, asking about his family. He had blood all over him but he was not injured, apart from a small cut to his ear.

He was not running or crying, he was shocked. We wondered whether he was confused but he seemed in control. He just kept asking about his family members.

He was walking around completely alone and I feel sorry for him but there were so many dead and dying people here, I didn’t have time to speak to him more. Eventually he left.’

RELATED:   "We have achieved food security” – President Buhari to CBN

Describing the state of the hospital in the aftermath of the eight explosions which rocked hotels and churches on Easter Sunday, Ms Zoysa told Daily Mail:

It felt like a bomb had gone off right here. Vehicles were arriving full of body parts and with badly injured people.

We sent 22 bodies to the police mortuary and kept 11 here. Eight of those were dead when they arrived and the other three died in the emergency room.

They has no chance. They had multiple injuries and they looked dead. We tried to resuscitate them but there was no hope.

All day we have had people coming here I ask about missing people. I’m not surprised because there were vehicles coming in full of body parts.’

Firefighter Billy Harrop – who was celebrated for his heroism during an IRA bombing in 1996 – was named as another of the British victims along with his wife Sally. 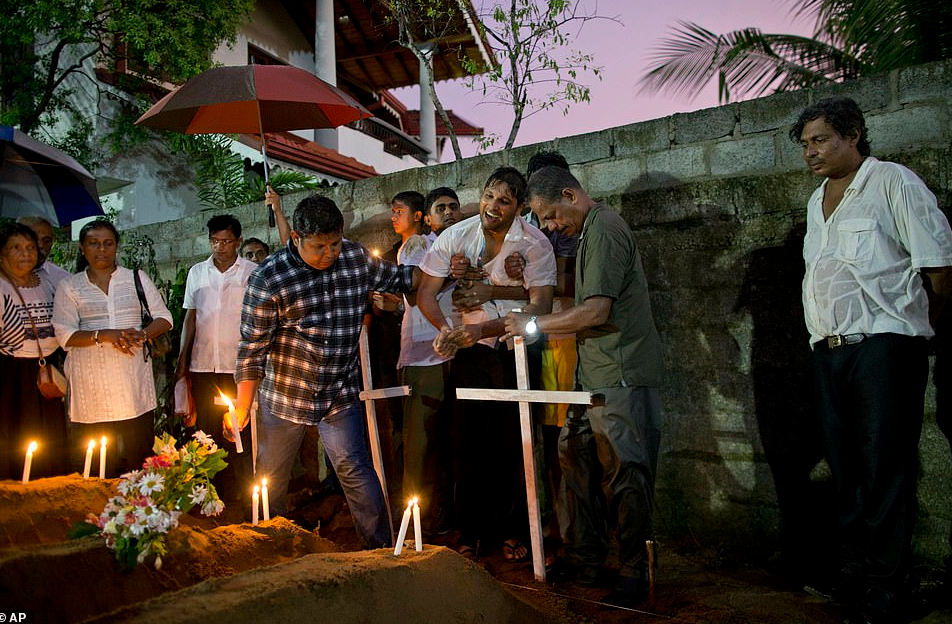 A little-known Islamist group called National Thowheed Jamaath (NTJ) and its radical cleric founder Zahran Hashim are suspected to be responsible for the multiple terror attacks in Sri Lanka.