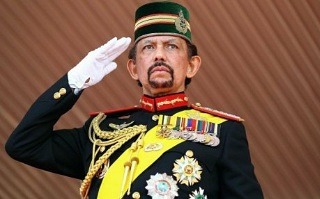 Brunei’s anti-gay law that will ensure people who engage in homosexual sex and those who have extra-marital sex whipped or stoned to death will go into effect this Wednesday.

The laws which were announced in 2014 by the Sultan of Brunei, Hassanal Bolkiah, have gained ground after it was quietly announced on Brunei’s attorney generals website in December.

According to CNN, a statement on the government website says that the Sultan does not expect other people to accept and agree with it but it would suffice that they respect the nation the same way it respects them.  It reads:

The controversial proposal has sparked criticism with actor George Clooney calling for Brunei hotels boycott and has since been supported by others including Elton John.