You are here: Home / POLITICS / President Buhari addresses the Security Situation in Nigeria 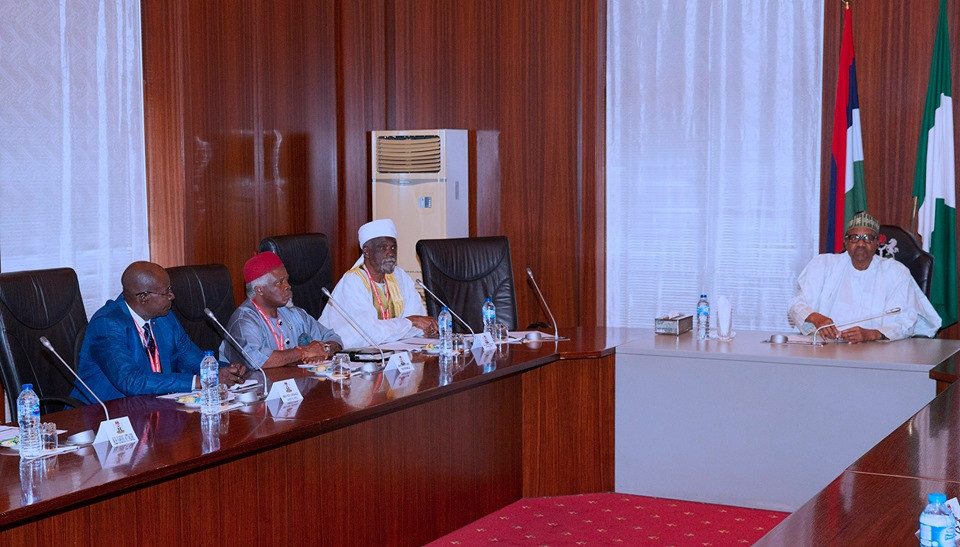 President Buhari has shed more light on what he calls the “undue politicization” of the security situation in the country.

He said this on Tuesday, September 11th while receiving promoters of the proposed African Security Leadership Summit at State House, Abuja, the President said no matter how much the revisionists try to distort history “the records show where we were in terms of security in 2015, where we are now, and we also know where we want to be.”

President Buhari is of the opinion the relative successes of the administration since 2015 are clear, “and what remains in areas of security are also clear, despite the politicization.”

RELATED:   Another Nollywood filmmaker have been given a political appointment in Lagos

He applauded the plan to convene a high-powered security summit that will bring together some of the leaders on the African continent, defence attaches, embassies and High Commissions, the leadership of the defence community in the country, and many others.

“I am glad that you are well experienced, and know the implications of this high-powered conference. It will be a great test for you and members of your committee. You will be dealing with professionals in security, defence and diplomacy. We will do our best to support you.

Major-General Mamman (retd), now a traditional ruler, led a team under the auspices of Global Initiative for Leadership Success (GILS), which is organizing the security summit.

We share in the conviction of the administration to address the problems of the country. At assumption of office in 2015, parts of the country had been acquired by Boko Haram insurgents. Your seriousness and committed efforts have made us to now be able to worship in peace. Boko Haram has been truly degraded, and other forms of criminalities are being addressed.” he said.

The traditional ruler added that the summit, to hold possibly sometime in October, is being convoked “to involve the entire security architecture in Nigeria, and it will be under the theme, ‘Sustaining the Security Renaissance of Nigeria.’

The event will also feature honours and awards for those who have excelled in the area of security, “because we need to reward the commitment of our heroes.”