You are here: Home / NEWS / Cardi B Explains why she named her Album “Invasion of Privacy”

TMZ revealed a few hours ago that Cardi B and Offset got married last September, one whole month before their public engagement, and Cardi B is not having any of that.

The rapper was planning to keep the wedding a secret and reveal it in her own time, just like she kept her pregnancy a secret. But the information got out before her big reveal and she’s upset by this.

But since the news is out already, she decided to put it all out there. She revealed that she and Offset got married on a whim.

“In September we woke up and decided to get married,” Cardi explained.

She added that it was only herself, Offset, and her cousin that were present for the wedding and there was no wedding dress or ring. She went on to tell people to stop saying she’s having a baby out of wedlock since they now know she’s married for real.

Read what she wrote below. 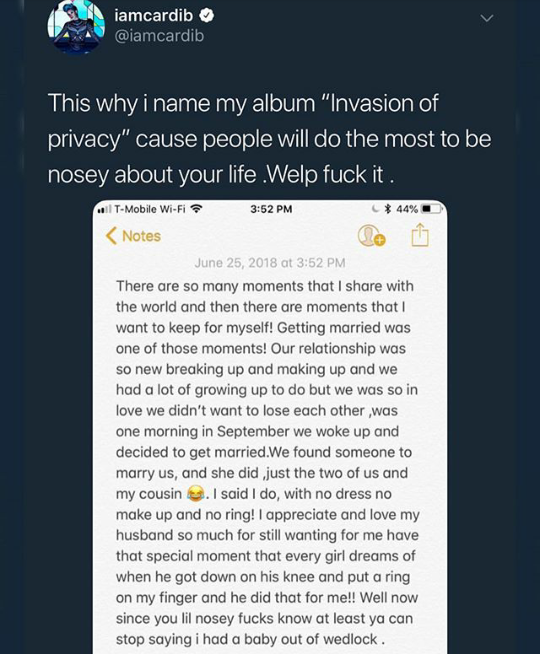