You are here: Home / NEWS / Cassie and fiance Alex Fine are officially married 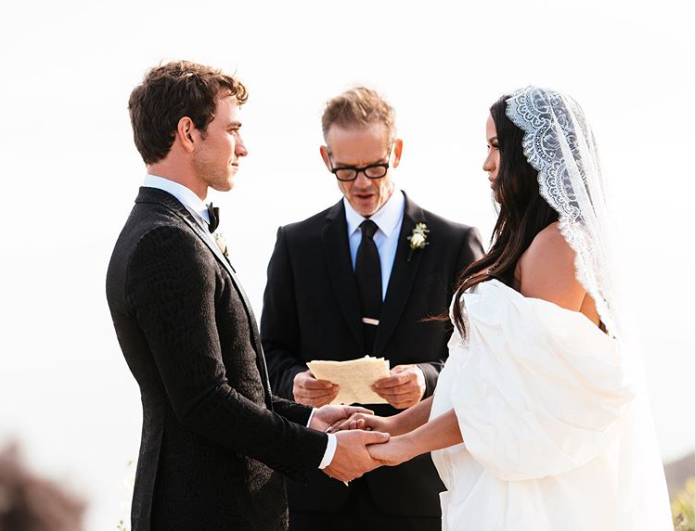 Cassie and Alex Fine are officially husband and wife. The American singer and fitness trainer got married on Wednesday, September 25, in Malibu.

Movie director and producer, Peter Berg, who officiated the union posted a cute photo of the couple exchanging their wedding vows and then wrote: “By the power vested in me ….. long may you ride!”

Cassie and Alex who both announced in June that they were expecting their first child together got engaged in August.

RELATED:   I did not ask to become vice president and I’m prepared to leave at short notice – Yemi Osinbajo

The couple met after Cassie’s ex-boyfriend, Diddy, who dated the singer for over 10-years hired Alex Fine to be her fitness coach in 2018, but the pair fell for each other and began dating.