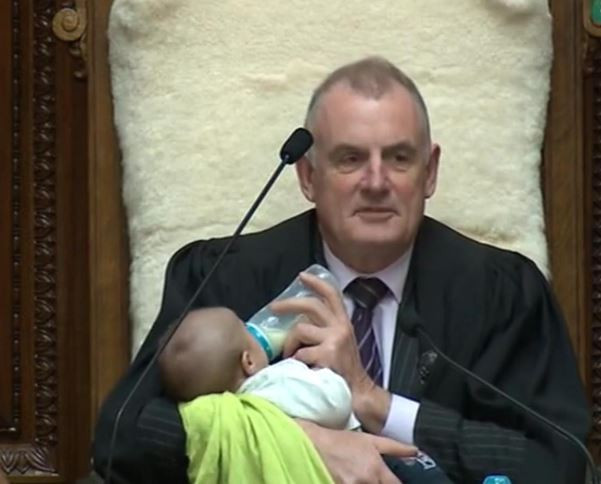 New Zealand’s parliamentary speaker cradles a colleague’s baby as he presided over a debate has gone viral on social media.

Trevor Mallard, speaker in the country’s House of Representatives, shared photos of him feeding MP Tamati Coffey’s newborn son while in the speaker’s chair.

He captioned it: “Normally the Speaker’s chair is only used by Presiding Officers but today a VIP took the chair with me. Congratulations tamaticoffey and Tim on the newest member of your family.”

The pictures have since been shared and liked thousands of times, with many hailing Mallard for taking on the babysitting duties. 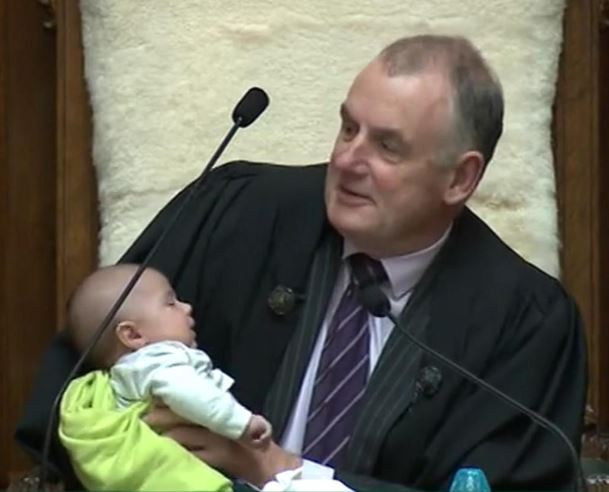 Coffey’s son was born via a surrogate to him and his partner Tim Smith in July.  New Zealand’s prime minister Jacinda Ardern made history last year by becoming the first female world leader to bring her baby to the United Nations general assembly.  And in the UK, Liberal Democrat leader Jo Swinson brought along her baby as she sat on Parliament’s famous green benches in January – in what was thought to be a first during a Commons debate.