You are here: Home / NEWS / Chelsea confirms Gonzalo Higuain signing after striker joins on loan from Juventus until end of season 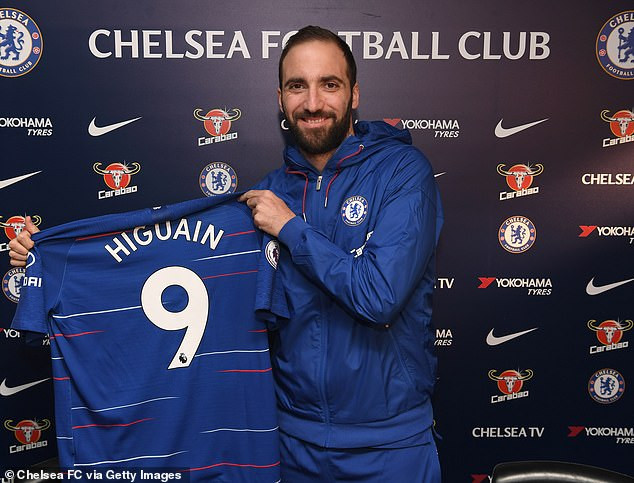 The deal will reunite the 31-year-old striker with Chelsea boss Maurizio Sarri, who was his former manager at Napoli in Italy.

Gonzalo Higuain will wear the No 9 jersey and is expected to make his debut against Sheffield Wednesday on Sunday or Bournemouth on Wednesday. 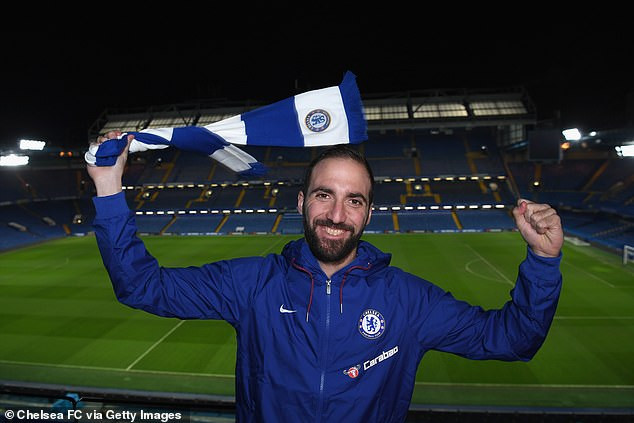 ‘When the opportunity to join Chelsea presented itself I had to take it. It’s a team I’ve always liked that has a lot of history, a wonderful stadium and they play in the Premier League, a league I’ve always wanted to play in,’ Higuain said in a statement on the Chelsea website.

‘I now hope I can give back that trust Chelsea have shown me out on the pitch. I can’t wait to start and I hope to adapt as soon as possible.’ 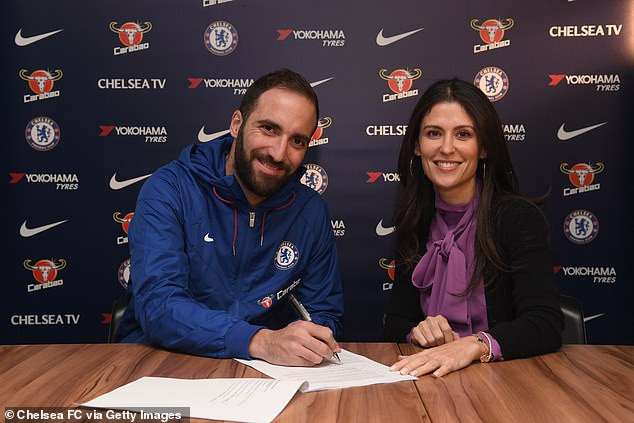