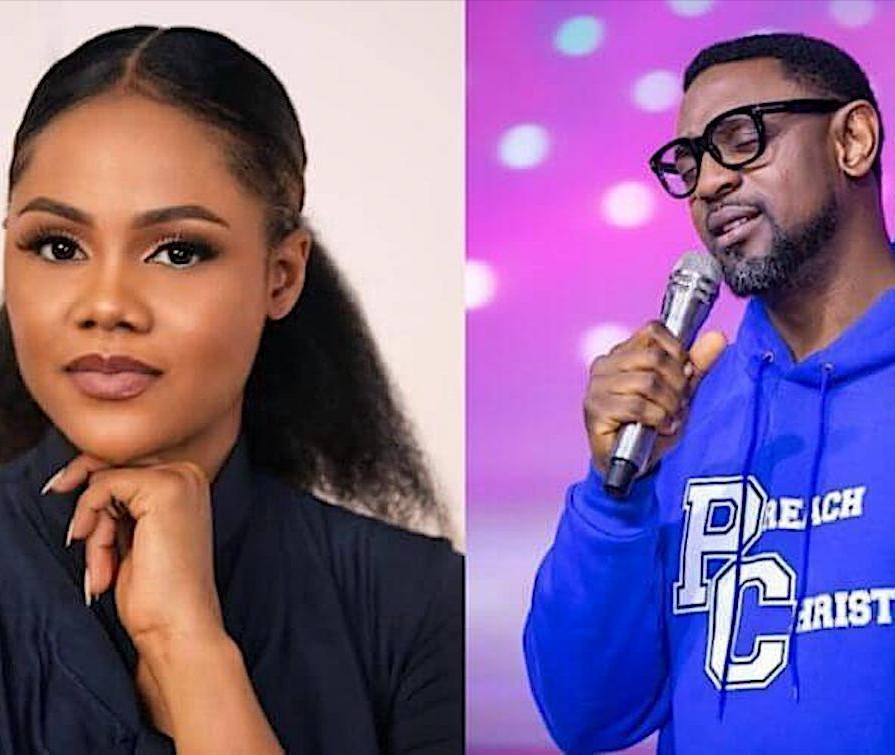 Busola Dakolo has demanded that Pastor Biodun Fatoyinbo apologizes to her and pays an estimated 10million Naira for her legal fees, cost for filing the suit against him, lawyers fees, travel cost etc, for allegedly raping her over a decade ago.

Mrs Dakolo, in legal documents filed on her behalf by her lawyer, Pelumi Olajengbesi and Co of Law corridor, demanded that the founder of Commonwealth of Zion Assembly, COZA,  Pastor Fatoyinbo pens a clearly worded apology on the front page of at least two national newspapers and two national television stations for seven days running consecutively.

RELATED:   Have you listened to Naira Marley – Why?

She also demanded that Fatoyinbo addresses a “personal apology letter” expressing honest remorse for his actions towards her.

As obtained by Channels Television, Mrs Dakolo told a High Court of the Federal Capital Territory in Abuja that being sexually assaulted by Pastor Fatoyinbo affected her marital sex life adversely.

Busola Dakolo insisted in her suit that Pastor Fatoyinbo “forcefully pushed her unto a couch close to the front door of her house, pinned her to the couch, undressed her, caressed her body, fondled her breasts, exposed his genitals to her glare, forcing a bottle of soda (Krest) down her throat thereby making her breathing difficult.”

She added that as he assaulted her, he covered her mouth to muffle her screams and threatened her life on the 23rd of September, 2002.

Mrs Dakolo also stated that on another occasion, on the 26th of September, 2002, Pastor Fatoyinbo drove her to a secluded area, forcefully pulled her out of the car, undressed her, spanked her buttocks, threatened her life, caressed her body, fondled her breasts and exposed his genitals to her.

Mrs Dakolo also asked the court to declare that Fatoyinbo’s denial of his alleged acts through a press statement he released on June 28 2019, had caused her continuous emotional distress and amounted to intentional infliction of emotional distress on her.

According to the legal documents, Pastor Fatoyinbo is expected to cause an appearance to be entered for him in an action at the suit of Mrs Dakolo, within fourteen days of being served. 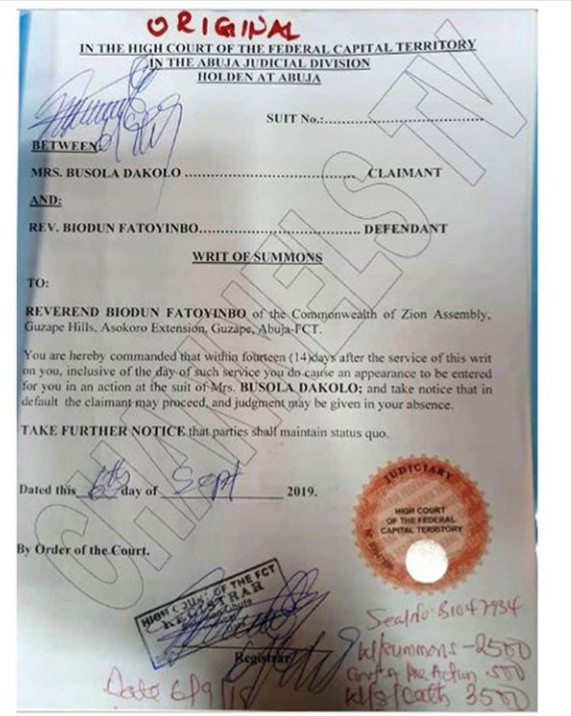 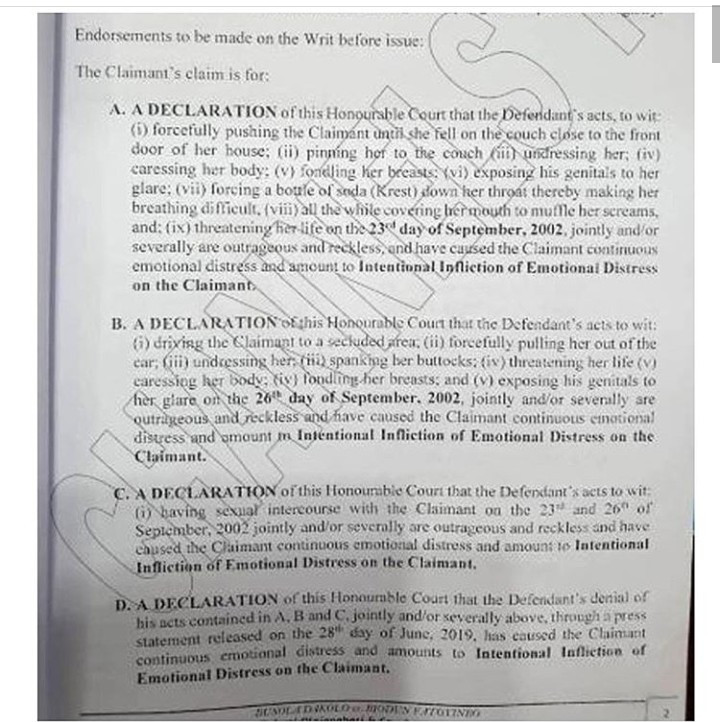 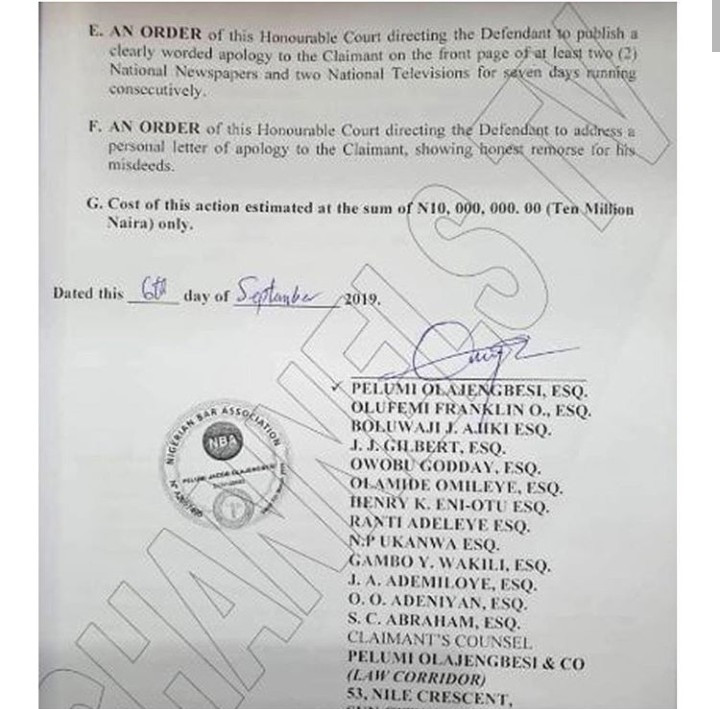