You are here: Home / NEWS / Cristiano Ronaldo outshines the rest as he scores 53rd hat-trick of his career for country, Portugal 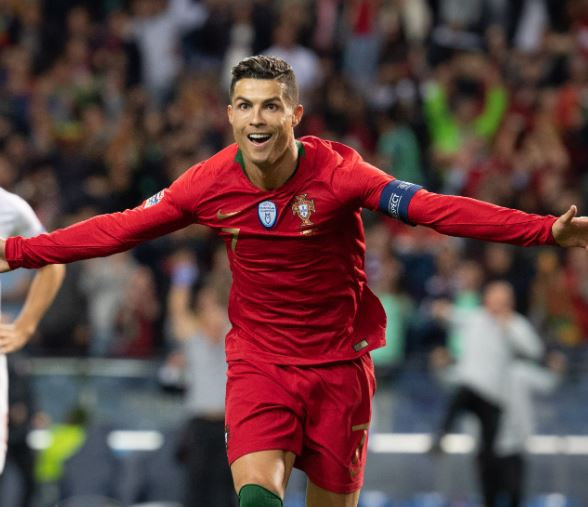 The Nations League semi-final witnessed an iconic win for Cristiano Ronaldo as he  scored a hat-trick to give Portugal a 3-1 win over Switzerland.

Ronaldo blasted Portugal ahead from a free kick in the 25th minute, his first goal for his country for nearly a year, but the Swiss equalised with a penalty kick after halftime which will raise more questions over the use of the VAR system.

RELATED:   Barack Obama sympathizes with the people of France in the wake of the Notre Dame fire

At the second half, Ronaldo scored twice in the last three minutes to complete the 53rd hat-trick of his career and the seventh for his country.

“There’s no adjective to describe him. He’s a genius. You can be a genius in art, and in sculpture and he is a football genius. It was an intense match, very hard-fought, against a very well-organised Swiss team,” said Portugal coach Fernando Santos.

Is he your GOAT?