You are here: Home / NEWS / INTERNATIONAL NEWS / So Cute! A Video on BBC TV is trending on the web, here’s why

So cute! A video has been shared by BBC after a TV live interview featured the kids of the person being interviewed. It was very funny and cute at the same time. 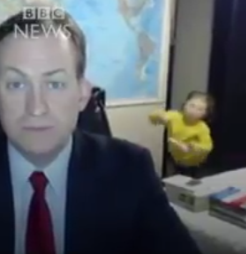 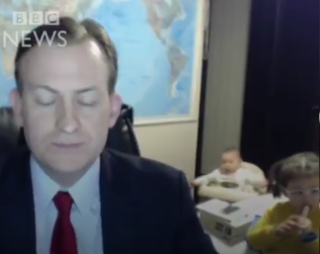 Assistant professor Robert Kelly had been having a Skype interview at his home, an interview which was broadcast on national TV and suddenly, unknown to him, his toddler opened the door, walked in and began to dance.

This BBC TV guest's children become the stars of the show. pic.twitter.com/gVWbcZmASh

His interviewer noticed the child and alerted him, laughing as he said; “I think one of your children just moved in.”