The 13 – 0 score is no longer a myth but a reality. Defending champions, United States shine through yesterday as they set a new FIFA World Cup record after thrashing Thailand 13-0 in their Group F match in Reims on Tuesday. 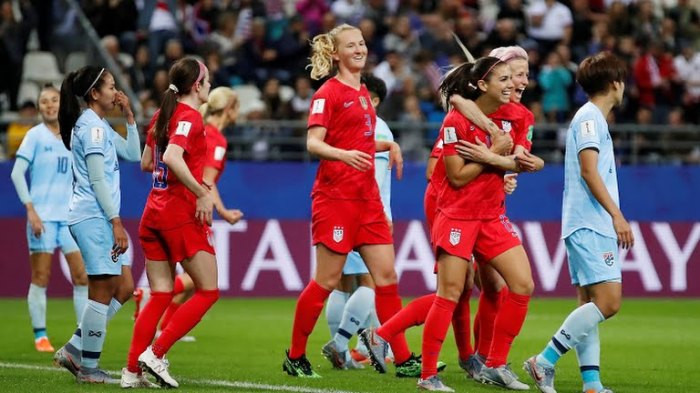 The match was Thailand’s heaviest defeat in World Cup history.

RELATED:   Super Eagles player, Ogenyi Onazi has made a new revelation about his surgery

The US scored three goals in the opening 32 minutes, before scoring 10 more goals in the second half to record the largest victory in a World Cup. Before yesterday’s game, United States’ previous biggest win in the tournament was a 7-0 success over Chinese Taipei in 1991.

“We really just came into the game really wanting to showcase ourselves,” Morgan said after the game. “Every goal matters in this tournament and that’s what we were working on.”

O’Hara added: “It is a tournament – goal differential matters. At the end of the day, we can’t feel bad for scoring as many goals as possible in any game you’re playing.”