You are here: Home / NEWS / DNA proves one of NBA Youngboy’s children isn’t his…He insists on Taking Care of him

18-year-old rapper NBA Youngboy, who has 4 kids already from different women, has just found out that his last son, who also happens to be the one he shows off the most, is not his biological child.

NBA always believed he’s the father to Kamiri, Kayden, Kamron, and Taylin. But he recently had paternity test performed on all of his kids for child support purposes and the DNA test revealed he isn’t the father of his last son Kamron, popularly called Baby K. 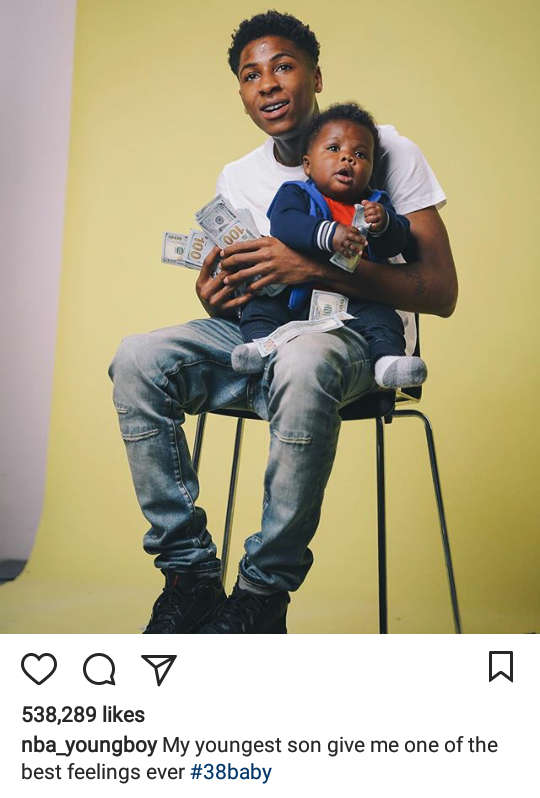 He was so close to the boy and was known to show him off a lot on social media. He admits he’s hurt by this, but he has vowed to keep taking care of the child like he’s his own.

He announced the sad news and made the vow to always be there for Baby K via Facebook.

Below is what he said. 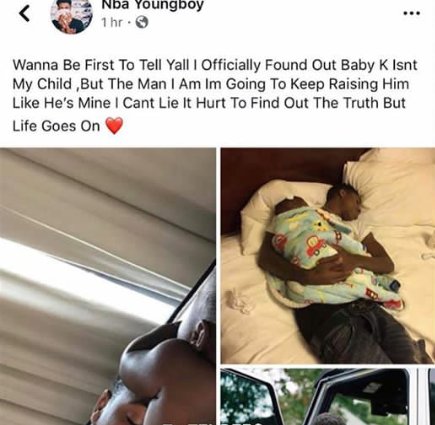