You are here: Home / NEWS / Donald Duke not listed in the INEC final list of presidential candidates

RELATED:   Former BBN Housemate, Khloe thanks 'The Biggest Brother', Denrele for being supportive.

Donald Duke, a former Governor of Cross River State, had won the presidential primary election of the party but his victory had been challenged by Jerry Gana, a former Minister of Information. The matter was taken to court and the court recognised Gana and upturned the result.  After the court ruling, the party disowned Gana, affirming their support for Duke. 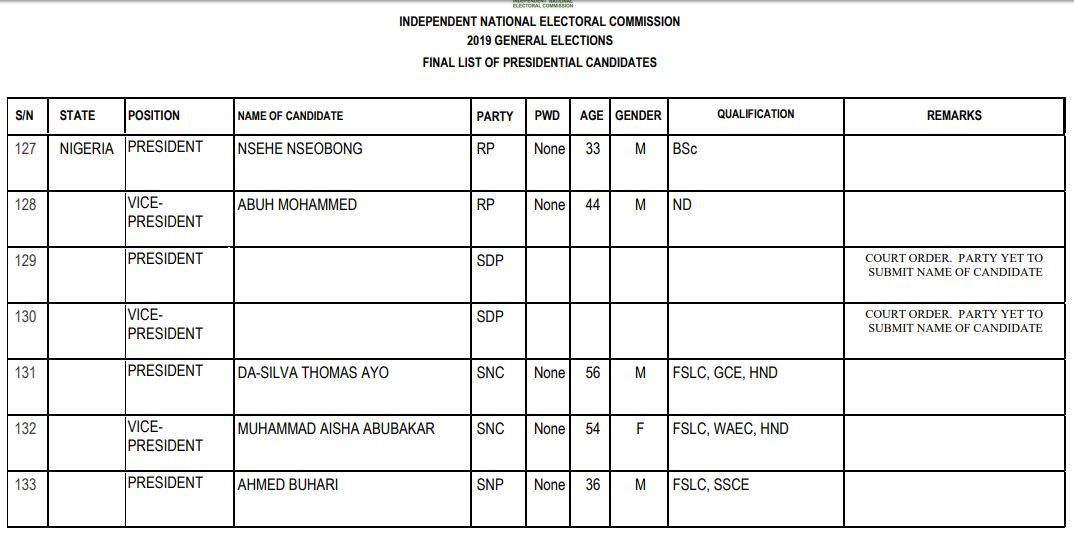