You are here: Home / NEWS / Donald Duke reaffirms the audience that he is still in the race

Former governor of Cross River and presidential candidate of the Social Democratic Party (SDP), Donald Duke has released a statement on his party’s adoption of President Buhari as a consensus candidate.

I, Donald Duke, remain on the ballot and the candidate of the SDP,” he says, adding that the party said internal issues led to the adoption of Buhari.

RELATED:   Nigerian man sues Canadian government for $10m after getting locked up for eight months over name mix up

Donald Duke had been declared as the SDP’s candidate by the court of appeal after a case with Jerry Gana, a move that the party has seemingly rejected. 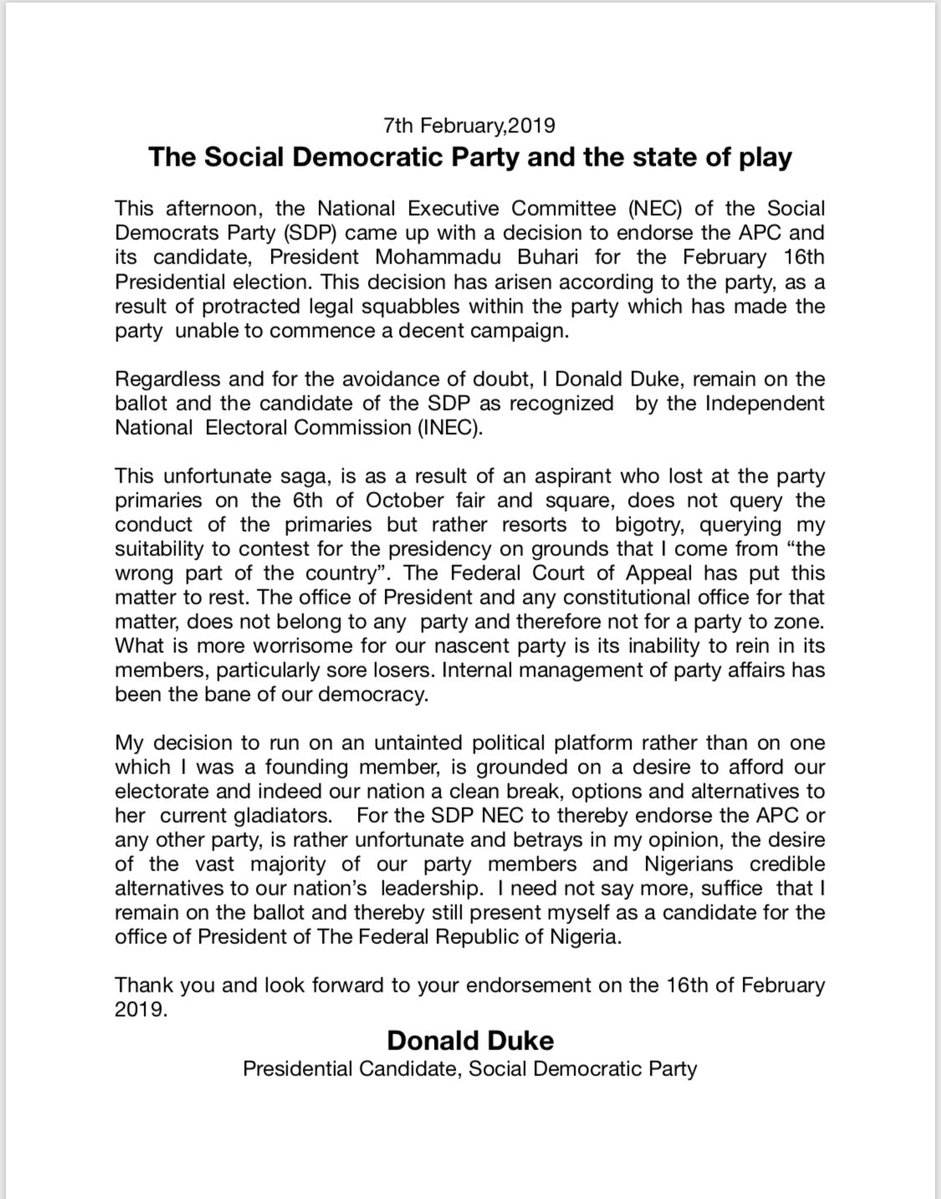