You are here: Home / NEWS / Donald Trump throws shade at Anthony Scaramucci by tweeting old video of the former aide praising him

The president of USA, Donald Trump tweeted to throw shade at Anthony Scaramucci after the former aide criticized him publicly.

He discredited the former White House communications director, who served for less than two weeks, by tweeting an old video of Scaramucci praising him.

RELATED:   NASS to Buhari: We pray you’ll continue to tolerate us as your `children’

He captioned the video: “Nobody ever heard of this dope until he met me. He only lasted 11 days!” 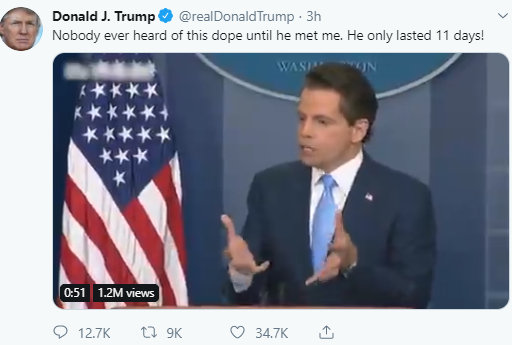 Trump’s tweet comes after Scaramucci suggested the Republican Party should push Trump off the 2020 presidential ticket. In a Monday opinion piece in The Washington Post, Scaramucci wrote that he was wrong to support Trump before.

“I can no longer in good conscience support the president’s reelection.”

Sharing a link to the Washington Post article, Scaramucci tweeted: “I made a mistake supporting @realDonaldTrump. I don’t need to be absolved of that. But now I will do what it takes to help make things right.” 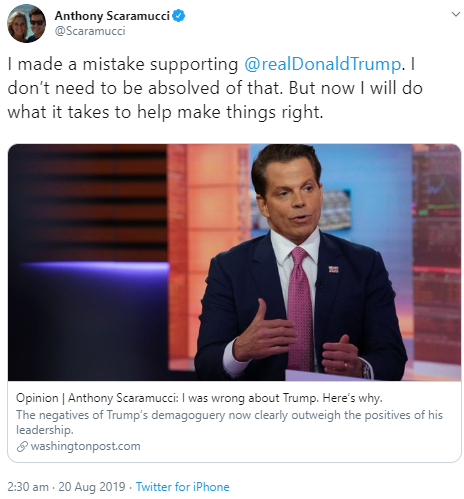