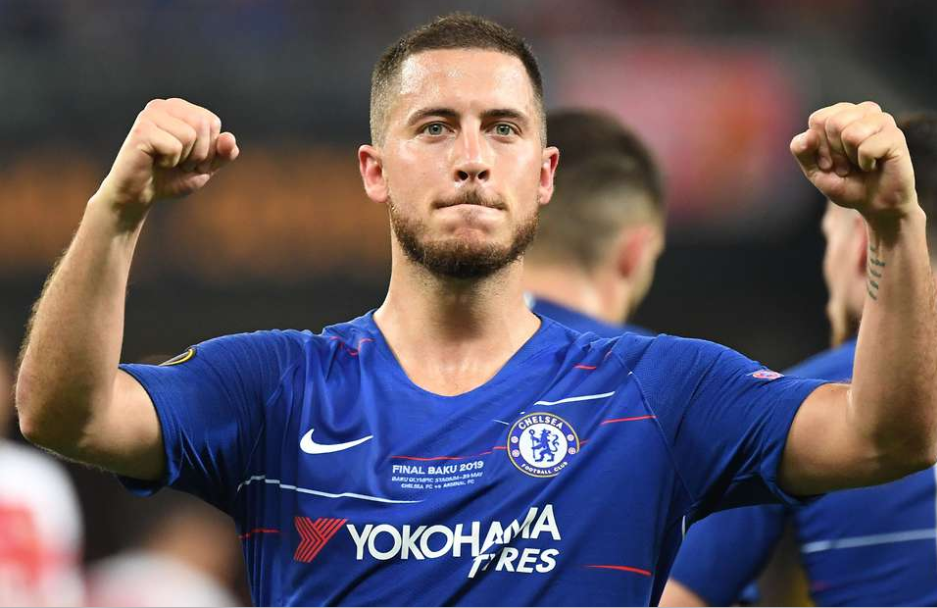 Who wants to be a footballer when they grow up? I can tell you want to. Real Madrid has reportedly agreed to double Eden Hazard’s Chelsea salary’ to a staggering £400,000 per week when he finalises his £130million move.

Evening Standard reports that the Spanish club, Real Madrid have agreed on terms with Hazard to double his current wages from £200,000 to £400,000 per week.

His imminent big-money transfer to the Bernabeu is expected to be announced within the next 24 hours after an agreement was reached this week between the two clubs, with Madrid agreeing to pay an initial £88m, which will still rise to £130m dependent on various bonuses and incentives for the former Lille player.

The deal will make history, Hazard would be the most expensive signing in their history, ahead of both Cristiano Ronaldo and Gareth Bale. It will also be the second-largest Premier League transfer ever, after Philippe Coutinho’s £145m move from Liverpool to Real’s arch-rivals Barcelona in January 2018.

RELATED:   So sad! See photos from the horrible accident on Third Mainland Bridge