You are here: Home / NEWS / Edo businessman appreciates his wife by taking her to Santorini for their 10 years anniversary after she was ridiculed for falling in love with an ordinary “okirika seller” 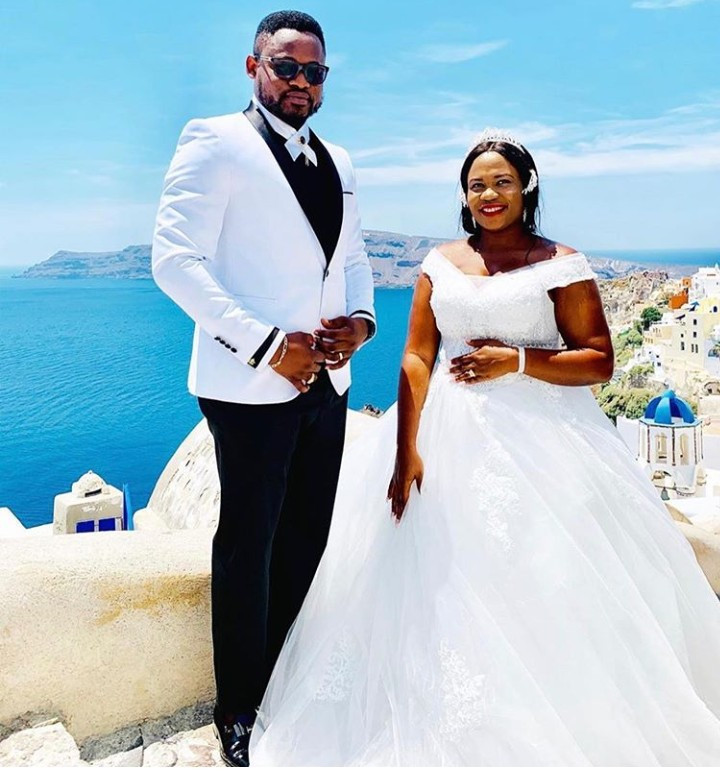 Another tale that tells of the priceless nature of love. Hon Eghosa Agbonifo, an Edo businessman has fulfilled a promise he made to his wife 10 years ago when she took a chance on him despite the ridicule she faced.

He said his wife was mocked for getting pregnant for him, an okirika seller. They had to have a shotgun wedding that included him borrowing a suit and a car.

RELATED:   Billionaire falls to his death while trying to take a Perfect Picture

And he did. He took her to Santorini Island in Greece for their 10th wedding anniversary and they recreated their wedding photo as he promised. 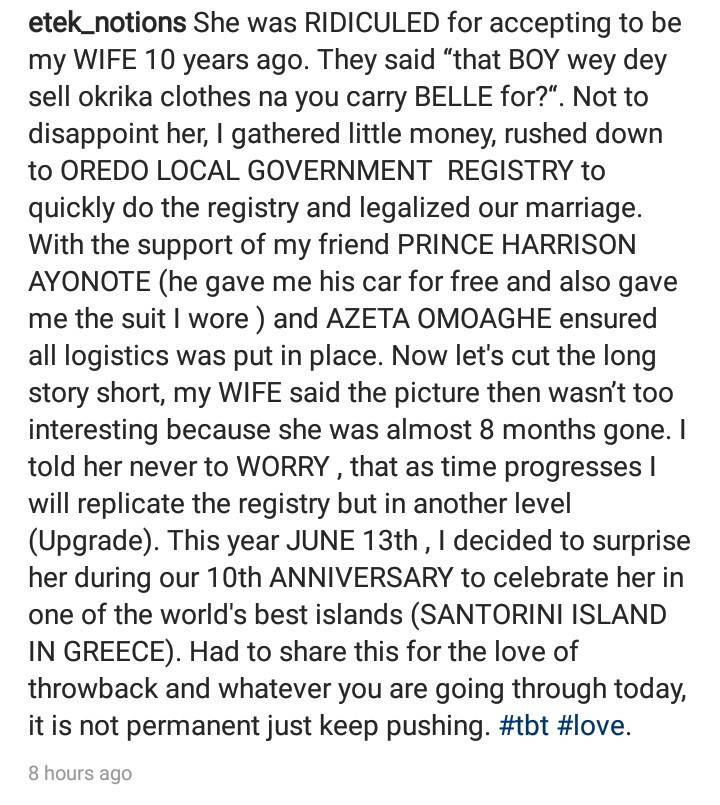