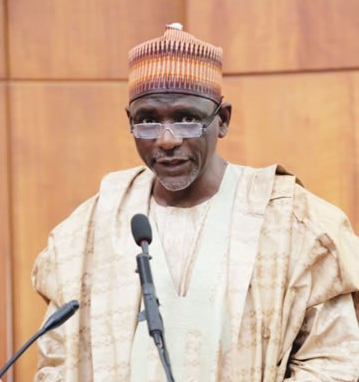 The Minister of Education, Adamu Adamu has sent some words of advice to female students against going to lecturers unnecessarily to avoid being sexually harassed. He also warned the female students to desist from harassing their lecturers.

The statement was made at the University of Port Harcourt during the unveiling of a policy document against sexual harassment in the institution.

Adamu, who was represented by the Assistant Director, Tertiary Department of the ministry, Mrs. Ijeoma Duru, made reference to the recent Sex For Grades documnetary done by BBC.

He pointed out the need for female students to study hard in order to make good results on their own and to be able to defend their certificates. He went on to caution students to avoid going to lecturers unnecessarily and to also stop harassing their lecturers sexually.

RELATED:   The whole cast of 'Stranger Things' just got a raise ' here's who is earning the most

RELATED:   Until you are caught with your fellow man, then I will deny you here and in the after life' - Liz Anjorin to Bobrisky

Reading a statement from the Minister of Education, Mrs. Ijeoma Duru said: “The Federal Ministry of Education is embarrassed with the allegations of sexual harassment in Nigerian higher institutions.

“Girls should read their books and be able to defend their certificates. They should stop going to lecturers unnecessarily and should not harass their lecturers… We are recommending UNIPORT’s Sexual Harassment Policy to other higher institutions in Nigeria.”