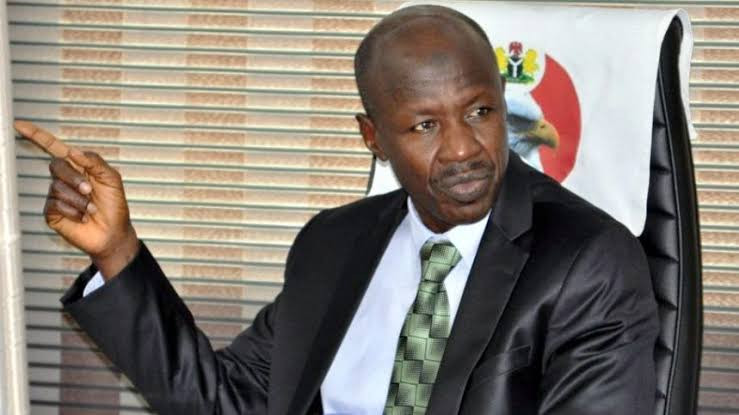 In a Press statement, EFCC had debunked earlier claims of chasing after outgoing governors. Read below.

The attention of the Economic and Financial Crimes Commission, EFCC has been drawn to a lead story of Sunday Punch Newspaper of March 31, 2019, titled: “EFCC raises teams to quiz Amosun, Okocha, Yari as immunity ends”.

The newspapers had claimed that ahead of May 29, 2019, handover date to newly elected states helmsmen, the Commission has set up teams to probe some governors accused of perpetuating acts of corruption.

It is instructive to note that the reporter did not give the composition and terms of reference of the purported teams set up by the EFCC.

The report is a figment of the imagination of the reporter as everything about the setting of the teams ended with the first paragraph without details of such teams being set up.

Again, the story is not true, as the EFCC does not go after anybody, including ex-governors on speculative ground.

For the avoidance of doubt, the Commission only act after the investigators have done a thorough job on any individual or firm involved in corruption related cases.

The Commission wants to advise our stakeholders, including our friends in the media to be circumspect and verify their stories before going to press.

RELATED:   Character Study: Everything You Thought You Knew About The "Selfie Generation" Might Be Wrong