You are here: Home / POLITICS / El-Zakzaky and his wife are allegedly on their way back to Nigeria 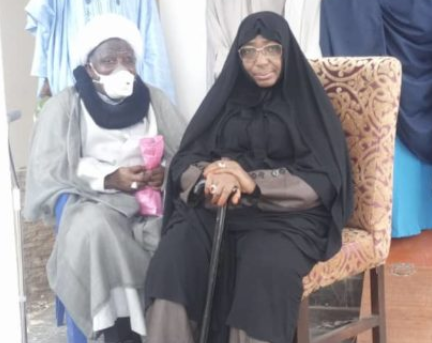 Ibrahim El-Zakzaky, leader of Shi’ites and his wife, Zeenat, are reported to be on their way back to Nigeria after a medical trip to India.

Yahaya Muhammad Soje, a top member of the Islamic Movement of Nigeria aka Shi’ites, announced this in a statement released today August 15th.

Soje reveals that the decision to leave India was based on the poor condition of the hospital their leader and his wife were taken to by the Nigerian High Commission in India.

RELATED:   We are optimistic about your success - GEJ writes Donald Trump an Open letter

”Following lack of breakthrough in the impasse that ensued in the treatment in New Delhi of Sheikh Ibraheem Zakzaky, it is now confirmed that the Sheikh is on his way back to Abuja.

In a video message sent through his office, the Sheikh said it was decided that they will be taken to the airport to be flown back to Nigeria. He has left Delhi by 17:00 Nigerian time. He prayed that may that be the best option in the circumstances.”

The Nigerian government’s interference and scuttling of the whole process rather than supervision as ordered by the court is the direct cause of the impasse. The government never wanted the medical leave in the first place, and did whatever to stop it by all means possible” the statement read

El-Zakzaky in an audio recording released yesterday August 14th, accused the Federal government of frustrating Indian doctors from treating him and his wife.

After several diagnosis doctors said El-Zakzaky is suffering about eight ailments, including glaucoma, symptoms of Ischemic heart disease, which could lead to Myocardial infraction, severe cervical spondylosis which has resulted to nerve root compression and causing insomnia, among others.